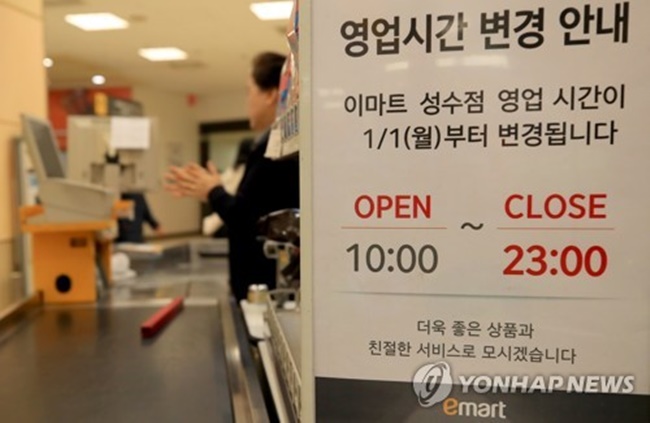 The Environment & Labor Committee at the National Assembly passed a reform bill today that prohibits employees from working more than 52 hours in a week. (Image: Yonhap)

The Environment & Labor Committee at the National Assembly passed a reform bill today that prohibits employees from working more than 52 hours in a week.

Though many retail workers already work fewer than 52 hours per week, the decision by the labor committee is expected to boost the current trend towards a lighter work week.

“Though the retail industry has been operating during the weekend, and staff have been working no more than 52 hours a week, no immediate change will take place (in the wake of the bill). However, efforts to cut down on working hours and create policies to ensure a work-life balance will continue on a social level,” one source close to the retail industry said.

A number of retail companies have already taken the initiative, including Shinsegae Group, which has drastically slashed weekly working hours to 35, which amounts to seven hours every day.

Though production workers and employees at business affiliates have yet to benefit from the new work schedules, the group plans to extend the policy to more staff in the future.

Lotte has also banned work-related requests sent via messaging apps, and is implementing a ‘PC Off’ policy at business affiliates to put an end to overtime work.

Plans are also in the works to improve the company’s new paternity leave policy, which was introduced last year.

Last August, Hyundai Department Store Group introduced a two-hour off policy, which allows workers to use their vacation days to leave work two hours early, while another policy shuts computers down by force past working hours.

Some say that more needs to be done for workers to truly enjoy their free time with their family.

“Though I receive substitute day offs and overtime payment, the whole store needs to be closed on some days in order to ensure the right of workers to enjoy their spare time with their family,” one member of a supermarket labor union said.