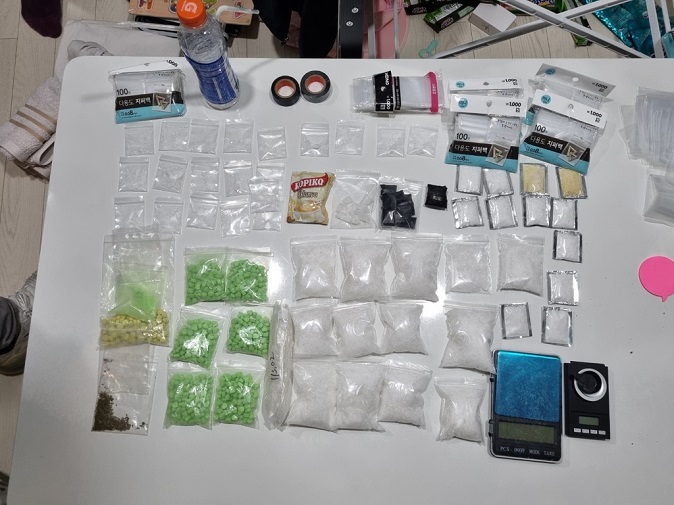 According to the National Police Agency data submitted to Rep. Kang Sun-woo of the opposition Democratic Party, a total of 49,850 people were apprehended on drug offenses from 2018 to August this year.

Of them, 10,772 people, or 21.6 percent, traded drugs via social media sites, mobile chat apps and other online platforms, and 2,443 people, or 5 percent, used the dark web and encrypted virtual assets. The remainder bought and sold drugs offline.

Between January and August this year, 227 teenagers were apprehended on drug charges.

The data also found about three-quarters of drug criminals during the period were first-time offenders.

Police attributed the increase in the number of teen and first-time criminals to the easy access to drugs offered by the online marketplaces.

“In addition to punitive measures, we should swiftly come up with fundamental changes to the policy on illegal drugs and national-level countermeasures including preventative education,” Rep. Kang said.