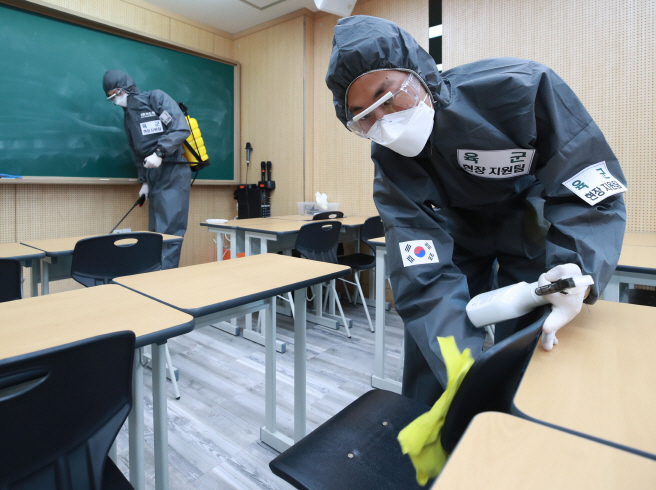 SEOUL, Feb. 11 (Korea Bizwire) — About 5,000 South Korean soldiers who worked up a sweat on the frontlines to fight the spread of the coronavirus have been recognized for their ‘honorable experience.’

As a result of deliberations by the three branches of the South Korean armed forces, a total of 13,164 soldiers were recognized as having honorable experiences last year, of which 5,273 or 40 percent were given the recognition for their efforts to minimize the spread of the virus.

For the Army, the number of soldiers who were officially recognized as having honorable experience last year stood at 12,178, of which those who won the recognition thanks to their support for COVID-19 relief efforts accounted for about 40 percent at 4,914.

Military authorities said that the soldiers were selected on the basis of comprehensive considerations of the risk of infection, the significance of the mission, the level of task difficulty and the working conditions.

Together with the ‘combat experience system,’ the honorable experience system was introduced in 2017 as a way to strengthen the pride of the soldiers as well as to encourage the desire for military service.

Once such experience is officially recognized, it is recorded on the military experience certificate, and is thus helpful for those applying for jobs after being discharged from military service.