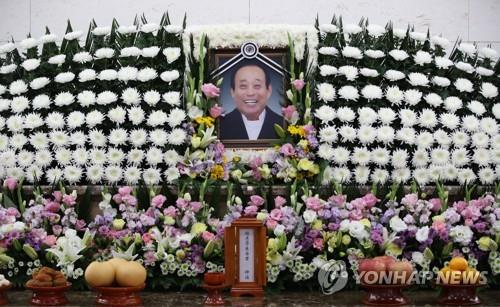 A memorial to Kim Sung-do, the only remaining South Korean resident on Dokdo, the country’s easternmost islets, who died on Oct. 21, 2018. (image: Yonhap)

Kim Sung-do, 79, passed away at a Seoul hospital having suffered from liver cancer since September, according to the North Gyeongsang provincial government, which administers the islets.

He will be laid to rest at the national cemetery in Daejeon, 160 kilometers south of Seoul.

Kim, who was called a guardian of the islets in the East Sea, had lived there since the 1960s. He was a veteran of the Vietnam War.

He was active in promoting Dokdo as South Korean territory against Japan’s claim to the islets.

Japan has long declared sovereignty over Dokdo, which lie closer to South Korea than Japan in the waters between the two countries, in one of the thorniest diplomatic issues between the neighbors. Japan colonized the Korean Peninsula from 1910-45.