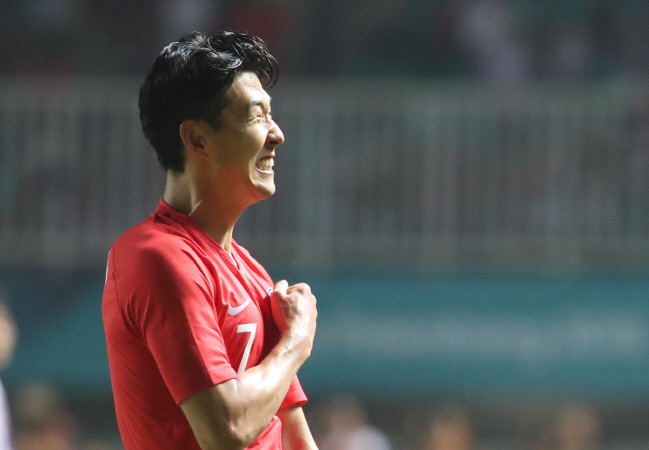 SEOUL, Sept. 11 (Korea Bizwire) — Korean football star Son Heung-min (Tottenham Hotspur), currently at the center of controversy due to his grueling schedule, is expected to play a friendly match against Chile scheduled for 8 p.m tonight.

Paulo Bento, the head coach of South Korea national team, speaking to reporters at a press conference yesterday said that all players including Son were fit to play in the football match against Chile.

Because Son is physically fit to play in the match, there may be no reason for Bento to leave him on the sidelines.

Bento also said that the physical condition of athletes was important when deciding who will be playing in the match.

But the head coach also went onto say that he recognizes the fact that members of the national football team did not get enough rest during the recent Asian Games, adding that the finalized roster will depend on the results of yesterday’s training.

The friendly against Chile is being held at Suwon World Cup Stadium.

Bento stated that he will aim for the Korean team to score in the first half of the game, using the match to see how the recent week of training will materialize.

Ahead of tonight’s match, Bento has ordered that defensive players take on offensive roles, and vice versa.