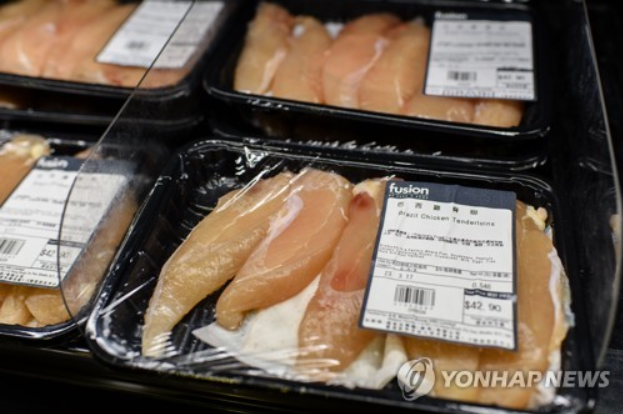 From yesterday, South Korea’s biggest supermarket chain E-mart halted sales of Brazilian chicken in all of its 147 stores around the country. (Image courtesy of Yonhap)

Brazilian chicken accounts for 83 per cent of all imported poultry products in South Korea, with the company in question alone accounting for 40 percent.

Despite the government saying that contaminated poultry meat from BRF, which caused a storm that saw Brazilian poultry curtailed in China and the European Union, wasn’t imported into the country, E-mart, Homeplus and Lotte Mart have temporarily stopped sales of all Brazilian chicken.

From yesterday, South Korea’s biggest supermarket chain E-mart halted sales of Brazilian chicken in all of its 147 stores around the country.

“After inspection, we can confirm that we don’t handle BRF products that are in the midst of growing public concern. However, to fend off further risks, we decided to withdraw all Brazilian poultry products from the shelves,” an E-mart official said. 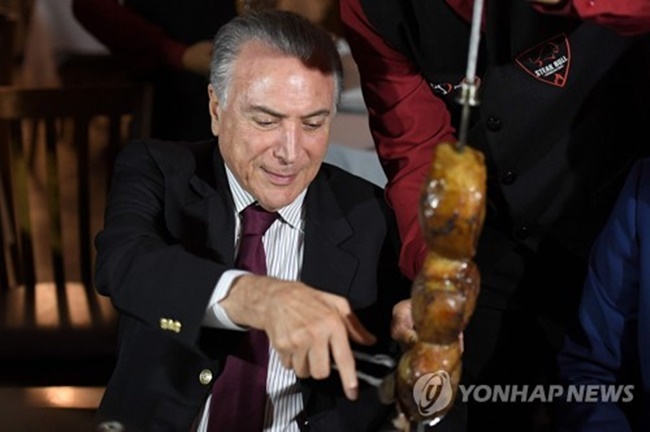 Since the Ministry of Food and Drug Safety (MFDS) announced its decision to halt the distribution of chicken from the South American country on Monday, Homeplus also took swift action in addressing the contaminated meat controversy by stopping sales of chicken meat from Brazil immediately. Lotte Mart followed suit.

The decision by convenience store chains to stop using Brazilian chicken in their products followed on the heels of the supermarket chains’ precautions.

An official from CU, the leading convenience store chain in the country, said, “Although the government said the contaminated meat from Brazil wasn’t imported into the country, to ease the worry of many customers, we are going to stop some of our food products with Brazilian chicken and use Korean chicken instead.

Despite the prevalent concern in the retail industry, the Ministry for Food, Agriculture, Forestry and Fisheries argued that the government ban on BRF products must be lifted after checking with the Brazilian Embassy in South Korea to discover that no contaminated meat was imported into the country.