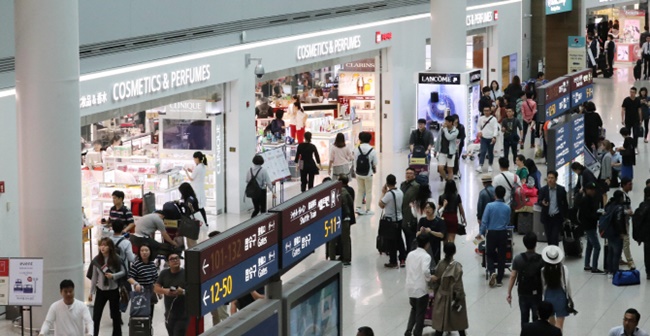 SEOUL, Sept. 29 (Korea Bizwire) – South Korea has postponed the opening of new duty-free shops by one year amid a diplomatic  row  between Seoul and Beijing over a missile defense system, industry sources said Friday.

The KCS picked Hyundai Department Store, Shinsegae DF and Lotte Duty Free for three outlets in Seoul. Top City took the Seoul slot reserved for a small and medium-sized firm. Busan Duty Free was picked to run a duty-free shop in the southern port city of Busan, while Alpensia was selected for an outlet in Gangwon Province.

In mid-March, China banned the sale of group tours to Seoul in retaliation against the installation of a Terminal High Altitude Area Defense (THAAD) battery in southeastern South Korea, which Beijing sees as a security threat. The move has dealt a harsh blow to local duty-free shops as Chinese tourists were their main customers.

According to the sources, the customs office made a decision to put off the opening of new duty-free shops at an ad-hoc meeting Wednesday in light of unfavorable market conditions.

Under the decision, Top City will be allowed to delay the opening of its  duty-free shop till late December nest year. Hyundai Department Store will be given till late January 2019 to open its outlet.

Lotte Duty Free opened an outlet at the 123-story Lotte World Tower in eastern Seoul in January, but other new operators of duty-free shops in the South Korean capital have requested a delay.

The decision comes amid a worsening environment for local duty-freeshops as Beijing’s ban of package tours to South Korea has sent the number of Chinese tourists to Seoul, their main customers, tumbling.

During a visit to the duty-free shop at Incheon International Airport, west of Seoul, on Sept. 19, Finance Minister and Deputy Prime Minister for Economic Affairs Kim Dong-yeon said the government will postpone the opening of new duty-free shops as long as possible.

The decision is seen as a relief to the local duty-free industry struggling with a double whammy of China’s retaliation against Seoul’s THAAD deployment and intensifying competition among industry players.

Industry watchers said that Busan Duty Free and Alpensia are making preparations to open their outlets by the end of this year.

An Alpensia official said the company will open its outlet before the start of the 2018 Winter Olympics. which will be held in the alpine county ofPyeongChang, some 180 kilometers east of Seoul, from Feb. 9 to 25.

“Our outlet opened temporarily in April with nearly 70 percent of the store occupied,” the official said. “We are preparing for the full opening to be timed with the beginning of the Winter Olympics and have no plans to return the business license.”