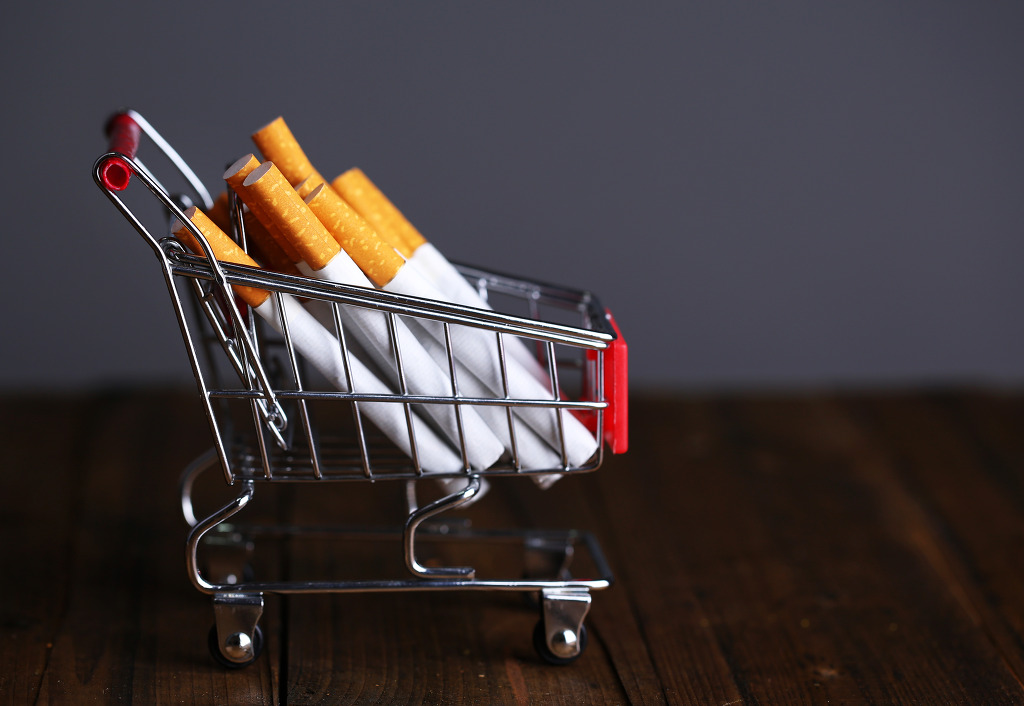 Market observers have suggested that the recovery in tobacco sales is most likely due to softened resistance from smokers one month after the prices were raised. (image: Kobiz Media / Korea Bizwire)

SEOUL, Feb. 2 (Korea Bizwire) – After plummeting tobacco sales in Korea following the price hike on New Year’s Day, demand for cigarettes is slowly but steadily recovering. After one month,  stiff resistance from smokers has abated, and some have already given up their no-smoking resolutions.

According to E-Mart’s analysis of its tobacco sales during January this year, sales volumes during the first week dropped by 81 percent over the same period of the previous year. However, sales recovered little by little with -72 percent in the second week, -64 percent in the third week and -57 percent in the fourth week.

An official at E-Mart, the largest big box retailer in Korea, said, “With the price hike this year, the number of customers purchasing tobacco fell dramatically. However, one month after the price increase, sales are now picking up slowly.”

The tobacco recovery is also being felt at convenience stores. According to a convenience store chain, tobacco sales in the first week of January dropped by 42.1 percent compared to the same period of the previous year. However, by the fourth week, the sales gap had been reduced to 36 percent.

In addition, the sales of no-smoking aids, which increased by more than 30 times at the beginning of the year, have started to falter.

Market observers have suggested that the recovery in tobacco sales is most likely due to softened resistance from smokers one month after the prices were raised. In addition, it seems that smokers who hoarded cigarettes at the beginning of the year have exhausted their supplies, and have started to purchase tobacco again.

The retail industry cautiously expects that tobacco sales will recover eventually. However, due to the high increase this year, the recovery will take more time than previous tobacco price hikes.

An official at the convenience store chain said, “Usually, it took two or three months for sales to recover. However, it will take more time as the tobacco sales fell too much this year.”