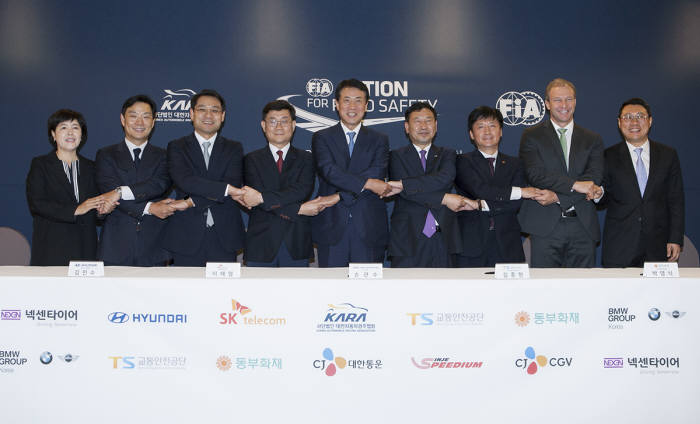 With over 3,500 people succumbing to car accidents ever day around the world, road accidents have become one of the major causes of death alongside war, poverty and natural disasters. (Image: SK Telecom)

With over 3,500 people succumbing to car accidents ever day around the world, road accidents have become one of the major causes of death alongside war, poverty and natural disasters.

Against this backdrop, a global initiative was launched by the Fédération Internationale de l’Automobile (FIA) with the goal of preventing five million car accidents between 2011 to 2020, and a number of South Korean companies and organizations are getting on board this year including the Korea Transportation Safety Authority, SK Telecom, Nexen Tire, and CGV.

During the campaign, a month-long event encouraging safe driving for users of SK Telecom’s map and navigation app T Map will take place, with those in the top 200 receiving rewards at the end, while the winner will be given two VIP tickets for the World Rally Championship that are worth 15 million won.

Other gifts include advanced driver-assistance systems for runner-ups, as well as gift cards for tires and the latest tablets and computers.

Speaking to the press at the launch event, Son Gwan-soo, the head of the Korea Automobile Racing Association, said, “Car accidents are a challenge facing the whole world. Through this event, we are taking action to improve South Korean drivers’ attitudes and reduce the number of car accident casualties.”