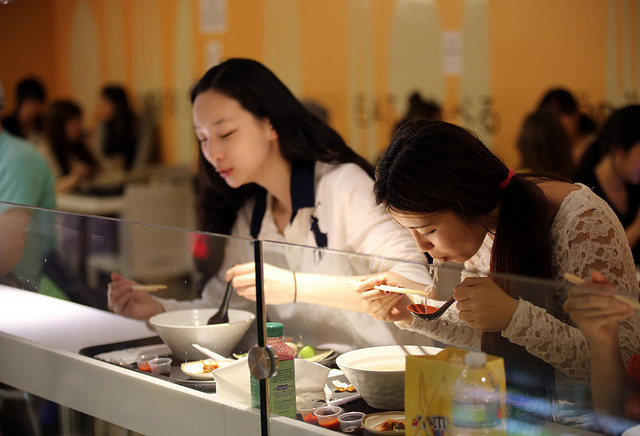 Koreans eat ramen noodles once every five days, quite a lot compared to other countries. (Vetatyr Fumare/flickr)

SEOUL, Sep. 13 (Korea Bizwire) — It turns out that Korean people, well known for their “pali pali” or “hurry, hurry” culture, are really into a bowl of instantly made noodle called ramen. The World Instant Noodles Association announced that Korean people topped a list in terms of average yearly volume of ramen intake, consuming 74.1 packet of instant noodles per capita.

It means that Koreans eat ramen noodles once every five days, quite a lot compared to other countries. In Asia, Indonesian people consume 60.3 times a year followed by Vietnamese, who eat 57.3 packet of ramen.

According to a research on 10,000 South Korean women conducted by Harvard University, those who eat instant noodles more than twice a week are 68 percent more likely to have adult diseases such as high blood pressure, hyperglycemia, hyperlipidemia and obesity.

Health experts recommend people to eat fewer instant noodles in order to keep healthy. If one craves it, it is better to add less flavor packet or add a handful of onion flakes to let sodium out easily from our body. It is also helpful to drink a cup of milk after eating ramen.