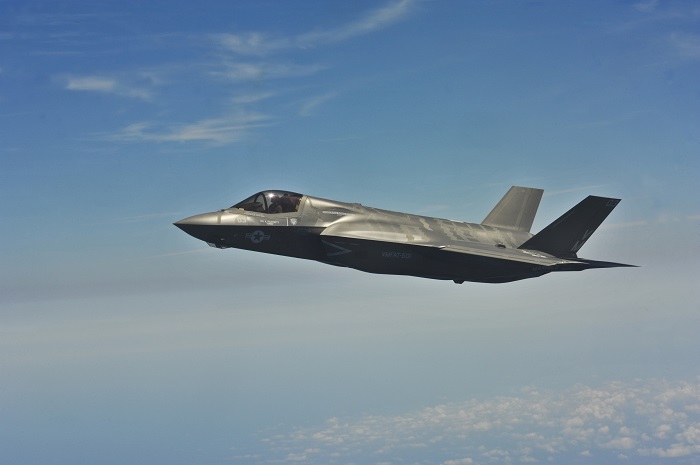 SEOUL, Feb. 12 (Korea Bizwire) — A consortium of six South Korean firms has been selected as a partner for the maintenance of the U.S.-made radar-evading F-35 fighter, Seoul’s state arms procurement agency said Tuesday.

The Defense Acquisition Program Administration (DAPA) said that Ellen M. Lord, the U.S. undersecretary of defense for acquisition and sustainment, has notified it that the consortium has been chosen in the U.S. government’s partner selection program.

It will take charge of repair and maintenance work in avionics, electromechanical and egress sections, DAPA said.

In recent years, the U.S. government has sought to build a network of partners for F-35 maintenance among the nine countries that have participated in the joint development of the fighter and several others that have bought it.

In 2014, Seoul decided to purchase 40 F-35A fighters at a cost of 7.4 trillion won (US$6.58 billion). The deployment of the warplanes is slated to begin in the first half of this year and will continue through 2021.

The F-35A is the fighter’s air force variant, while the F-35B and F-35C are for marines and aircraft carrier-based operations, respectively. U.S. defense giant Lockheed Martin manufactures the fighter.