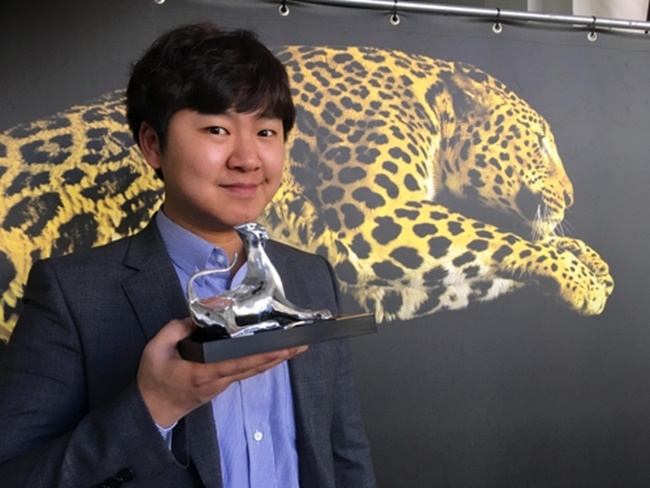 Kim became the fifth Korean director to win a key award at the film festival and the first to clinch the top award for first and second-time directors.

Starring Kim Sae-byuk and Cho Hyun-chul, the film revolves around Su-hyeon, an art instructor, and Ji-young, a contract worker at a small company, who have been living together for six years.

Su-hyeon heads for Samcheok on the east coast to introduce his long-time girlfriend to his estranged working-class parents at his father’s 60th birthday after Ji-young reveals her period is late.

This year’s film festival ran from Aug. 2 through 12 in the Swiss city of Locarno.

“The First Lap” premiered at this year’s Jeonju International Film Festival in May as one of the titles chosen for its signature Jeonju Cinema Project program. The film is scheduled to open in local theaters in the second half of the year.