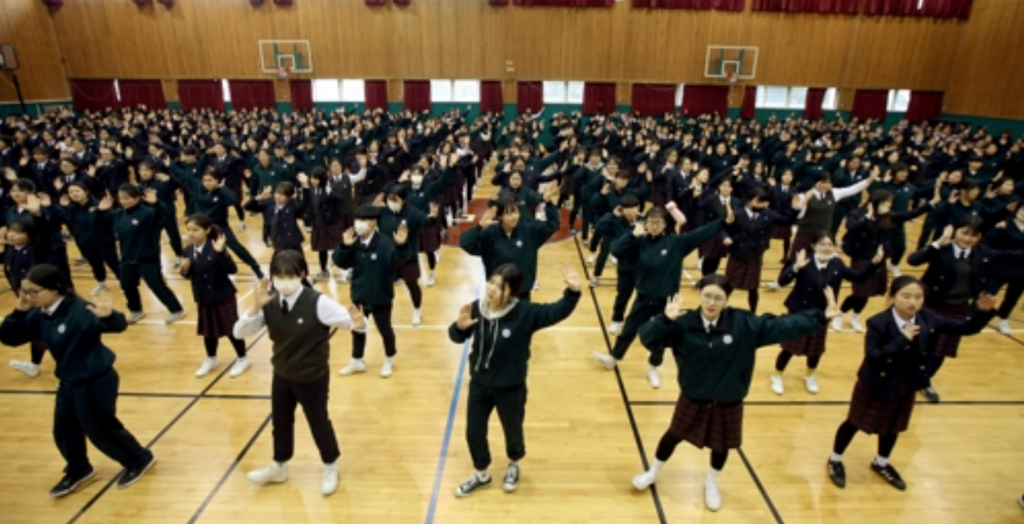 “Learning aerobics at first was a little awkward but it gradually became fun. Meals taste better after working out,” said Kang Ji-won, who is in her first year of high school. (image: Yonhap)

JEJU, South Korea, March 23 (Korea Bizwire) – Jeju Jungang Girls’ High School is one of the biggest high schools on the island with 1,400 students in 37 classes.

The school has seen its obesity rate rise in recent years, with students spending more and more hours studying with little physical activity, accompanied by an array of restaurants and dessert shops lined up near the school.

By the second half of 2015, 37.3 percent of 964 students in their first and second year of high school (South Korea has three high school grades) were overweight.

But when the school’s new principal, Kim Jang-young, took office early last year, he decided to declare war on obesity. He was previously chief director of student livelihood and safety at the Jeju Provincial Office of Education, responsible for promoting student health.

He introduced an aerobics class with an outside instructor, which was made mandatory for first year students, and optional for second and third year students, while students had to walk or run five laps around the schoolyard after lunch and dinner hours before heading back to class.

Teachers also had to do the laps, and would occasionally spend the time to consult or give advice to their students. 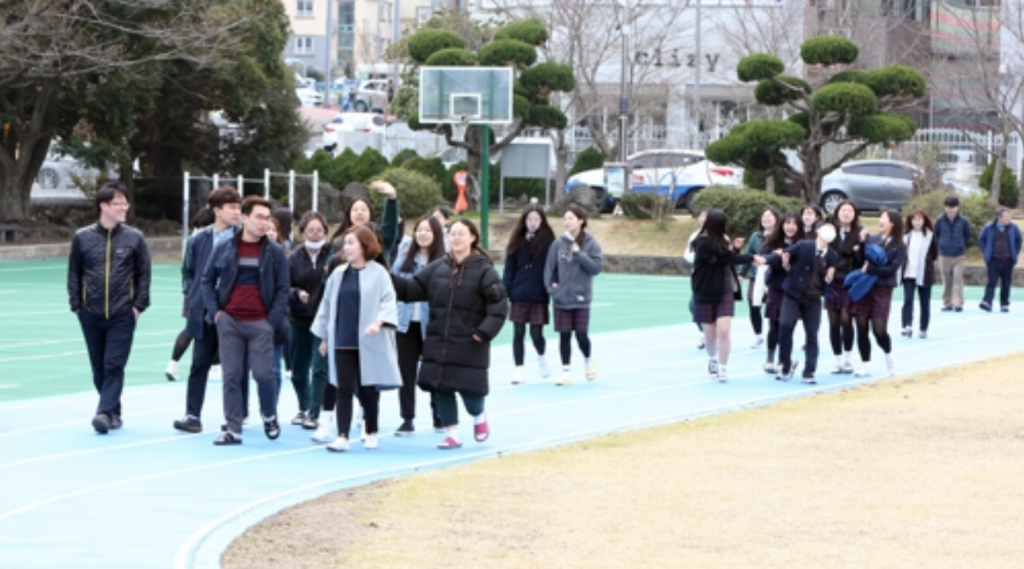 The school then turned to changing the students’ diet.

Officials eliminated deep fried recipes and convenience foods from the menu, and replaced them with two different types of fruits and two types of vegetables. Students were banned from leaving the school during lunch or dinner to substitute their meals with fast food, and they were no longer allowed to bring in junk food.

The school did allow, however, healthier snacks such as nuts, sweet potatoes and fruits, and encouraged students to drink as much water as possible. The snack bar located inside the school will close down in April when the contract expires, officials said.

The initiatives quickly bore fruit, lowering the obesity rate (for those in first and second year) to 35.1 percent in the second half of 2016 from what had been 37.3 percent a year before.

Many students have adapted to the new school environment, and some are enjoying the changes.

“Learning aerobics at first was a little awkward but it gradually became fun. Meals taste better after working out,” said Kang Ji-won, who is in her first year of high school.

Another student, Jang Su-mi, who is a senior, said, “I feel like I have more stamina now after all the aerobics classes. The aerobics competition that was arranged by the school gave me some good memories too.”

Principal Kim continues to emphasize the importance of fitness and health, and is hopeful that his campaign will see more promising results in the future.

“The kids come to school early and go home late at night, which means they’ll rarely see the sunlight,” he said. “Academic achievements are important, but I believe more strongly in the healthier school life of the students.”