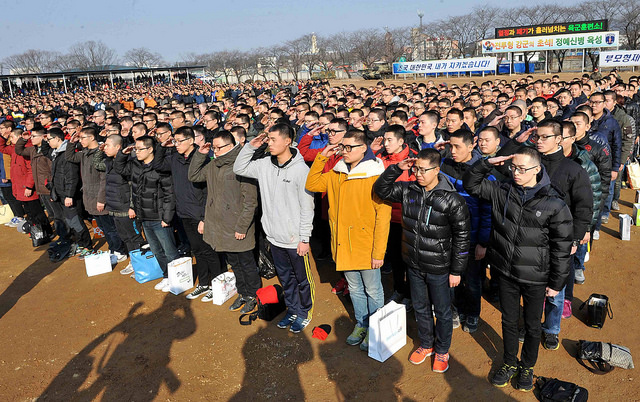 SEOUL, April 24 (Korea Bizwire) – The competition to join the South Korean military, which recently heightened amid a nation-wide economic downturn and rising youth unemployment, is subsiding with the number of South Korean youth gradually declining.

According to the Ministry of National Defense, there were 566,656 young applicants to South Korea’s mandatory military service in 2016 with a 25-percent acceptance rate, far lower than 2015 when 974,225 volunteered for 136,077 openings.

The number continued to drop this year, officials said. In North Chungcheong Province, for instance, there were 3,024 volunteers from January to March, which was down by 68.5 percent from 6,602 last year.

In part, the military’s decision to recruit an additional 20,000 personnel starting last year helped ease the competition. But South Korea’s changing demographics – an aging population and declining number of youth – is another contributing factor that is also a long-term predicament for the military.

The military is considering various options in anticipation of a continuing population shift, including increasing the number of servicewomen and outsourcing more smaller base maintenance affairs like cleaning and weeding to allow soldiers to focus more on their military specialties.