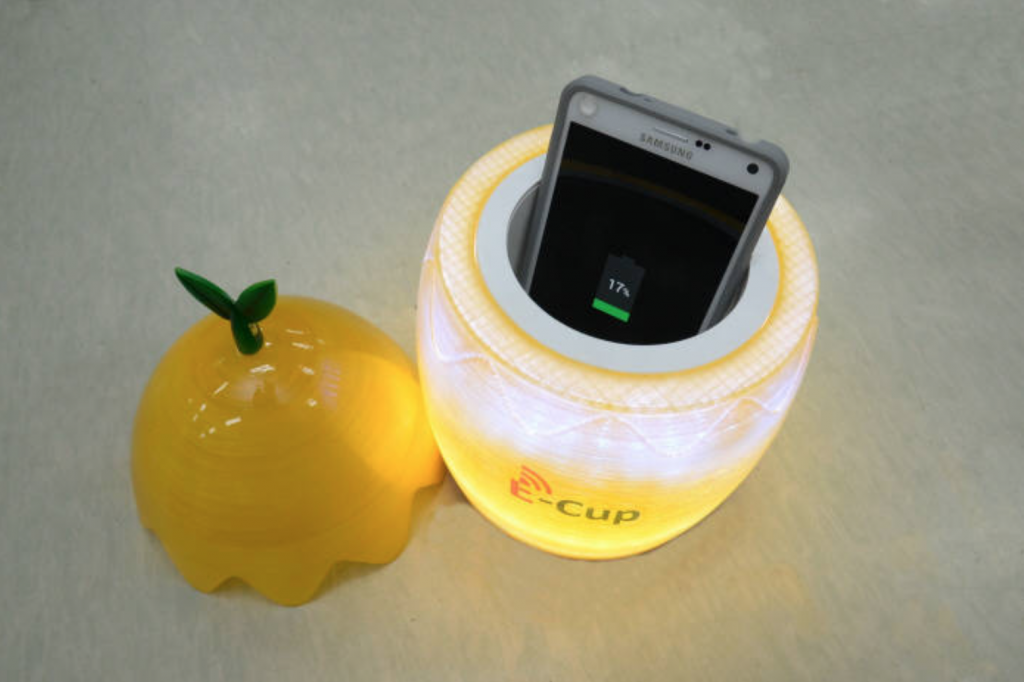 The charger developed by the institute maintains stable charging efficiency as long as the smartphone (or smartphones) sits inside the 10-centimeter wide cup. (image: ETRI)

SEOUL, May 26 (Korea Bizwire) – Researchers at the Electronics Telecommunications Research Institute have developed a cup holder-shaped wireless charger for smartphones dubbed E-Cup, allowing devices to charge regardless of their position as long as they sit inside the cup.

According to researchers, conventional wireless smartphone chargers are two-dimensional, and typically operate by placing the device on top of a charging pad. If the device moves out of range (4.7 millimeters) or is not placed properly, the charging halts.

The charger developed by the institute, however, is not bound by these limitations, and maintains stable charging efficiency as long as the smartphone (or smartphones) sits inside the 10-centimeter wide cup.

The technology was achieved by using magnetic resonance, allowing for the transfer of electricity from a distance, instead of the magnetic induction typically used in commercial charging stations. E-Cup’s charging speed is the same as wired charging, although it has a relative power efficiency of 60 percent. The research team plans to bring up the number to 70 percent for its commercialization.

“In the age of the fourth industrial revolution, we need different forms of wireless chargers for different IoT devices,” said ETRI researcher Cho In-kui. “Our long-term goal is to develop a technology that can charge devices wirelessly inside a 5-meter wide living space.”