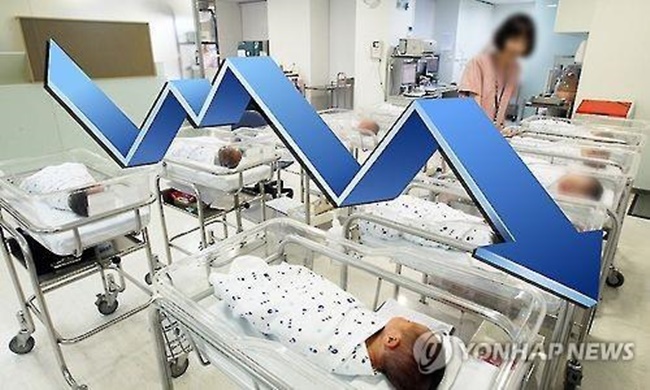 SEJONG, June 28 (Korea Bizwire) – The number of newborn babies in South Korea dropped for 17 months in a row in April, a government report showed Wednesday, in the latest sign that underscores challenges in boosting its low birthrate.

Childbirths have been on the decline since a 3.4 percent on-year gain in November 2015, along with a double-digit drop for five straight months starting in December last year.

The latest number also marked the lowest childbirth tally for any April since 2000, when the statistical office started to compile such data on a monthly basis.

The lowest number of monthly newborns was reported in December last year, when only 27,200 babies were born.

The low birthrate has been one of the most pressing issues for decades in South Korea, coupled with increased aging. Many are worried that low births will drag down the workforce in Asia’s fourth-largest economy and drive up welfare costs, undermining the growth potential of the economy.

The Seoul government has churned out various promotions and incentives to encourage young people to have more babies, but most of them seem to have ended in vain.

At the same time, 7,900 couples divorced over the cited period, down 4.8 percent from a year earlier.

The number of deaths came to 23,100 in April, up 1.3 percent from a year earlier, the report showed.