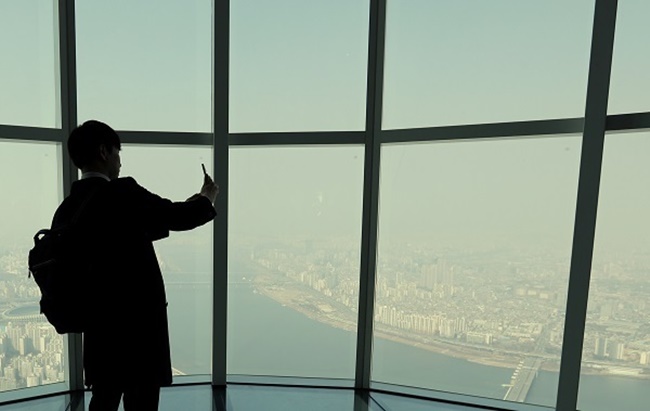 The lack of understanding and clear distinction between the two main causes of South Korea’s poor air quality – homegrown smog and pollutants from China – often reduces the very important discussion to a mere blame game that does little to improve the environment in the Northeast Asian region. (Image: Yonhap)

SEOUL, April 7 (Korea Bizwire) – A day without a fine dust warning is rapidly becoming a rare occasion in South Korea, as a gray haze of fine particulate matter and smog continues to blanket the Korean Peninsula.

Record high levels of air pollution, which easily exceed the World Health Organization’s recommended limits, grab the headlines almost every other day, with air so bad that breathing outside without a dust mask leaves one vulnerable to chronic respiratory diseases, and for the most unfortunate, lung cancer.

Seoul ranked as one of the world’s most polluted cities in a number of studies conducted last month, including one from air pollution monitoring enterprise AirVisual, and the South Korean capital was branded the second most polluted city at one point following New Delhi.

With yet another worrying indication surfacing in the form of an OECD report last year suggesting South Koreans will face the highest risk of early death due to air pollution in 2060, public calls are notably growing for the government to take more action to identify the cause of fine dust and launch countermeasures.

Most of the blame for South Korea’s poor air quality is placed on China in the domestic media, with many turning a blind eye to years of government incompetence and negligence in addressing air pollution that is now costing citizens their lives.

The lack of understanding and clear distinction between the two main causes of South Korea’s poor air quality – homegrown smog and pollutants from China – often reduces the very important discussion to a mere blame game that does little to improve the environment in the Northeast Asian region.

This isn’t to suggest that China is innocent, as the origin of so-called yellow dust can be traced to the deserts of Mongolia and Northern China, with prevailing winds transporting toxic particles that are picked up on the way to South Korea, but evidence from independent scientific research suggests much can be done on South Korea’s part. 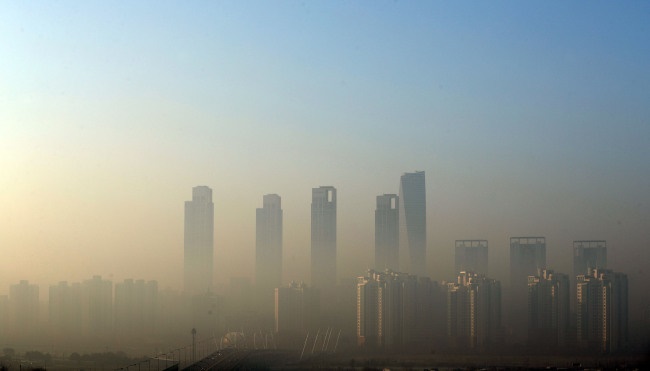 When NASA flew around South Korean airspace last year with both American and South Korean scientists to address the root causes of the local air pollution problem, many scientists on board concluded that while pollutants from China do play a role, much of the pollution found in South Korea was homegrown.

Environmental organization Greenpeace also attributes only 30 percent of the pollution in South Korea to China.

Some point to diesel vehicles and lax emissions standards, while others blame the country’s heavy reliance on coal energy in explaining the worsening air quality, as coal power remains the biggest source of energy in South Korea. Currently, 53 coal-powered plants are in operation while 20 more are set to be built in the next five years.

While experts try to pinpoint the cause, some South Koreans are taking the health concerns surrounding the recent air pollution pandemic into their own hands. Recent reports show sales of air purifiers are soaring, with companies like Samsung reporting unprecedented demand for their air purifying products.

Last Wednesday, six South Korean activists sued the governments in Seoul and Beijing over mental distress caused by fine dust, which the litigants saw as a result of incompetence and complacency on the part of both administrations.

“The purpose of this suit is to determine the root cause of fine dust, and to establish a new order in which the two countries lead Asia in a new era based on mutual efforts and cooperation,” the plaintiffs said in the petition.

In the meantime, the Seoul Metropolitan Government is ramping up its efforts to grapple with air pollution in the capital, the region most heavily affected by the recent air pollution crisis.

However, critics remain skeptical as Seoul’s latest measures appear to be nothing more than stop-gap measures, and little in the way of substantive policy is being discussed or considered at this time.

As mounting public health concerns will likely focus the national political discourse on air pollution, the government needs to eliminate the incongruity between the findings of the environment ministry and credible independent organizations such as NASA, a discrepancy that is sowing the seeds of discord and creating confusion as to the legitimate source of the issue.