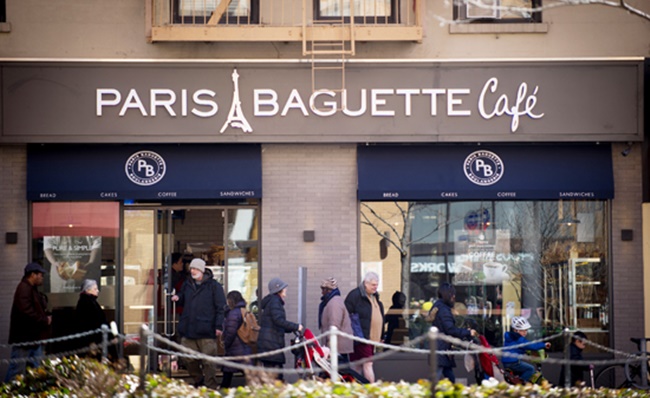 SEOUL, Aug. 29 (Korea Bizwire) – South Korea’s food and beverage giant SPC Group said Tuesday it will sharply increase the number of stores of its bakery chain Paris Baguette in the United States as part of its global expansion drive.

“We will increase the number of Paris Baguette stores in operation in the U.S. to 300 by 2020 and create up to 10,000 new jobs,” SPC Group Chairman Hur Young-in said during a meeting with Rep. Ed Royce (R-CA), the chairman of the U.S. House Foreign Affairs Committee.

Royce is leading a bipartisan delegation to South Korea. Rep. Ami Bera (D-CA), a member of the committee, was also present at Tuesday’s meeting in Seoul, according to SPC Group.

The business group launched the first Paris Baguette store in the U.S. in Los Angeles in 2005 and currently operates 57 outlets throughout the U.S. Its sales from the North American country reached US$100 million last year.