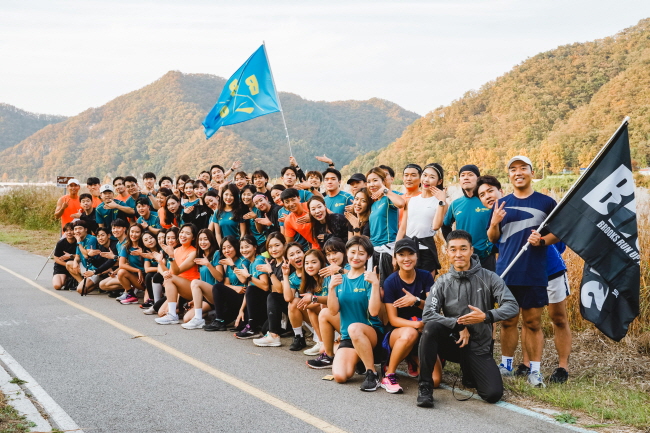 SEOUL, Nov. 11 (Korea Bizwire) — As the number of young people in their 20s and 30s who enjoy running has recently increased, the sports and fashion industry is actively targeting the younger generation.

At the 2019 Chuncheon Marathon held last month, the U.S. sports shoe brand Brooks Running was an official sponsor. Although the brand is unfamiliar in South Korea, it is well-known among avid runners.

Samsung C&T Corp., the construction and fashion unit of Samsung Group, has been importing and distributing Brooks products in South Korea since September of last year.

Meanwhile, Nike, a sportswear brand that has been holding its own running competitions, also sponsored the 2019 JTBC Seoul Marathon, which was held this month.

Since Nike does not sponsor any other running competitions, sponsoring the marathon race was quite unusual.

The moves are attributed to sports fashion companies’ efforts to absorb the so-called “millennial runner” into their own customer base as the age group of those participating in running races has recently become significantly lower.

The industry is also using small gatherings to increase the loyalty of young customers.

Adidas has been operating “Adidas Runners Seoul” since 2017 as a small group gathering, and Brooks Running also launched a running training program called “Brooks Runup” in February of this year.

Companies expect the sports running market to grow steadily with the influx of younger generations with high purchasing power.

“The local sportswear market continues to grow at a high rate to about 7.3 trillion won this year,” said Kang Hong-joon, head of Samsung C&T’s sports division.