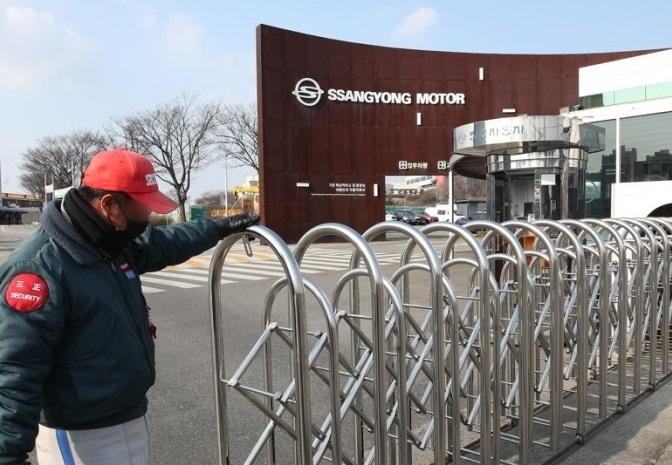 From January to June, SsangYong Motor’s net losses fell to 180.53 billion won (US$154 million) from a net loss of 202.38 billion won during the same period last year, the company said in a regulatory filing.

The SUV-focused carmaker has been under court receivership since April as Mahindra failed to attract an investor due to the prolonged COVID-19 pandemic and its worsening financial status.

The company also plans to sell its Pyeongtaek plant, 70 kilometers south of Seoul, in three to five years and build a new factory to focus on electric vehicles in the same city.

From January to July, its sales fell 15 percent to 48,229 autos from 56,846 during the same period of last year. Its lineup consists of the Tivoli, Korando, and Rexton and Rexton Sports SUVs.

On July 30, nine companies, including the Edison-led consortium, U.S.-based Cardinal One Motors and SM Group, whose businesses range from construction to auto parts manufacturing, submitted letters of intent to take over SsangYong.

SsangYong and its lead manager EY Hanyoung accounting firm plan to conduct preliminary due diligence on the companies that pass an initial screening process by the end of August.

They aim to select a preferred bidder in September.

It is estimated that up to 1 trillion won (US$874 million) is needed to take over the debt-laden SsangYong.