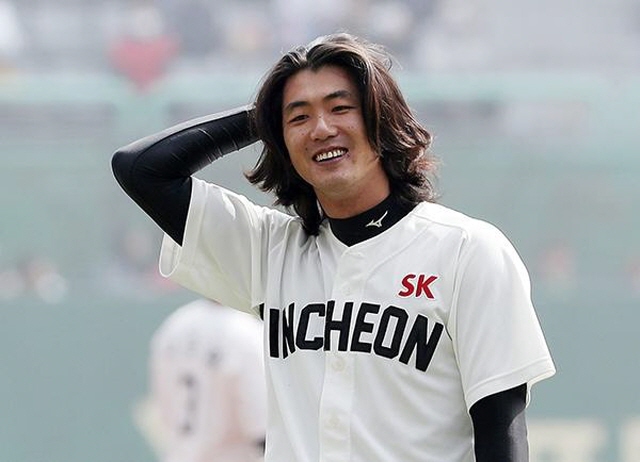 Kim Kwang-hyun of the SK Wyverns gets ready for a Korea Baseball Organization regular season game against the Lotte Giants at SK Happy Dream Park in Incheon on March 25, 2018. (image: Yonhap)

The SK Wyverns in the Korea Baseball Organization (KBO) said Monday that the left-hander got a haircut for a good cause following his start Sunday. He will donate his hair to make wigs for children who’ve lost their own hair following cancer treatment.

The Wyverns said it will hold a ceremony to mark the occasion before their home game against the KT Wiz on Tuesday at SK Happy Dream Park in Incheon, 40 kilometers west of Seoul.

Kim, who hadn’t previously worn his hair long, had been sporting flowing locks since spring training. The 29-year-old pitcher decided to grow his hair after learning that his manager, Trey Hillman, started growing his to help children with cancer.

After missing the entire 2017 season following an elbow operation, Kim won his first start of the 2018 season Sunday, thanks to five shutout innings against the Lotte Giants.

“I am pleased to keep my promise with fans that I’d donate my hair for children suffering from cancer,” Kim said in a statement released by the Wyverns. “Now that I’ve cut my hair, I will be supporting my manager (Hillman) the rest of the way. I hope you will be behind him as well and pay more attention to children with cancer.” 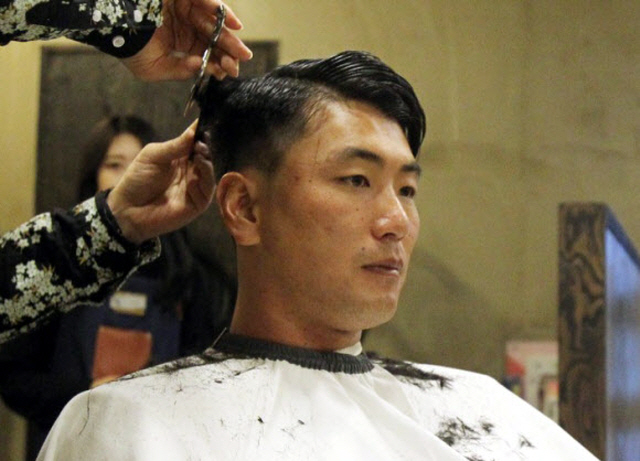 Kim Kwang-hyun gets a haircut on March 25, 2018, in Incheon. Kim will donate his hair to help make wigs for children who’ve lost their hair following cancer treatment. (image: SK Wyverns)