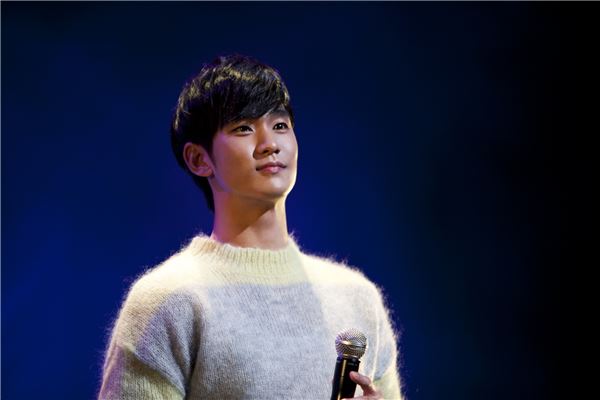 Its outstanding performance has been largely attributable to Kim Soo-hyun, who enjoys huge popularity — thanks to his playing “Do Min-Jun” in the mega-hit K-drama “My Love from the Star” — in China. (image: Keyeast)

SEOUL, Aug. 9 (Korea Bizwire) — Driven by the Korean Wave, Keyeast, a star-studded management agency, is flying high with its announcement of a big investment from China’s major portal Sohu.com. Well known for its founder Bae Yong-jun, who has a controlling stake in the entertainment company, Keyeast has put on impressive performances in the East Asian market including Japan and China.

The entertainment agency announced on August 7 that it had an exceptional quarter for sales, making enough profit to turn “black” over the same quarter of the previous year. The company recorded 2.7 billion won (US$2.6 million) of operating profit and its sales surged by 121 percent over the year.

Little wonder, its outstanding performance has been largely attributable to Kim Soo-hyun, who enjoys huge popularity — thanks to his playing “Do Min-Jun” in the mega-hit K-drama “My Love from the Star” — in China. A cohort of Korean celebrities is responsible for the company’s earnings surprise; Actor Kim Hyun-joong, Park Seo-jun, and Lee Hyun-woo are all working with the entertainment agency.

“My Love from the Star,” which went on air earlier this year in China, generated enormous profit as it turned out to be a blockbuster-hit in the market. Thanks to tremendous success of the drama, the Keyeast actor has signed as many as 35 endorsement deals earlier this year, boosting the sales revenue for his company.

An official in Keyeast said, “Upon the drama’s completion, inquires about sealing endorsement contracts featuring Kim rushed in, not only from Korean advertisers but from other Asian ones — mainly from China. The guaranteed fees for the actor also skyrocketed, and so did our sales figure for the second quarter.”

According to its stock market disclosure, Keyeast has decided to transfer new shares to Fox Video Ltd., the 100-percent daughter company of Sohu.com, one of the largest web portal firms of China. This marks the first time for a Korean entertainment firm to attract foreign investment.

Upon the capital increase, the entertainment company plans to accelerate its advancement into the Chinese market. By becoming the sole partner of Sohu.com in the online market, it looks to further the export of its talents spearheaded by Kim Soo-hyun and strengthen its content business such as selling programs to Chinese TV networks.

A financial analyst said, “As a matter of fact, it is so much easier and advantageous for an exporting entertainment firm to have a local distributor. This is the perfect time to move into the Chinese content market, since it is rapidly growing for now. Attracting foreign investments will bring a whole different level of positive effects.”

An official at the entertainment firm said, “We are expecting more profits to be created in the near future — and that would be possible helped by other entertainers within the company. If we continue to drive the momentum in the Chinese market, we are confident that the business prospects for our company look really promising.”