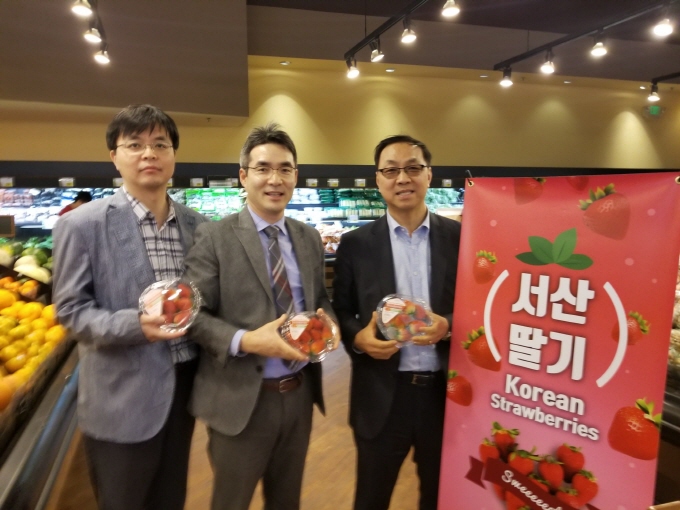 The country’s exports of agricultural products to the U.S. market surpassed the US$1 billion mark for the second year in a row, with aT further aiming to target the local premium organic market to cater to young health-conscious consumers.

The aT opened a booth at the Natural Products Expo West 2019, a trade show in the natural, organic and healthy products industry that attracts over 80,000 industry professionals in California.

The booth was designed to promote exports of fresh foods, noticeably the country’s indigenous Seolhyang strawberries, in the U.S. The key North American country is South Korea’s third-largest food market after Japan and China.

The corporation said it also aims to supply its Seolhyang product to 99 Ranch Market, an Asian food supermarket chain owned by Tawa Supermarket Inc., which is based in Buena Park, California.

“Our strategy is focused on quality not price,” said Shin Hyeon-gon, an aT official. “We will continue to promote the so-called K-berry fever of South Korean strawberries.”

Other products showcased at the trade show include “yuja ade,” a drink made from mixing a citrus fruit and plant in the Rutaceae family with soda water. The fruit is usually processed for fruit tea in South Korea.

“Consumers in their 20s and 30s want to buy organic food,” said Jeong Kyung-seok, an official of the Ministry of Agriculture, Food and Rural Affairs, referencing “omija cha,” or five-berry flavored tea, as an example that can become popular in overseas markets.