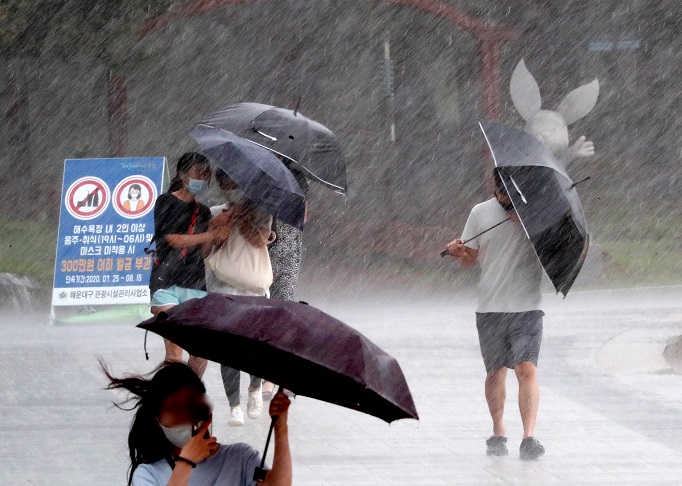 Pedestrians struggle to hold onto their umbrellas as heavy rain, accompanied by strong winds, poured in the southeastern port city of Busan on Aug. 10, 2020. (Yonhap)

SEOUL, Nov. 1 (Korea Bizwire) — The Korea Meteorological Administration (KMA) announced on Monday that it will release the climate and weather observation and prediction data that it has accumulated internally to the public.

Such data will be provided in one stop through the application programming interface (API)-based climate weather data hub. Once an integrated API service is prepared in February next year, the data will be available to anyone.

In addition to existing weather forecasts and special forecasts, tens of thousands of terabytes of data will be available, ranging from forecasts 100 years ago to the climate change scenario for 100 years in the future.

To ensure a stable service even in disaster situations, the KMA plans to have a backup data center and establish an integrated preservation system by 2024.