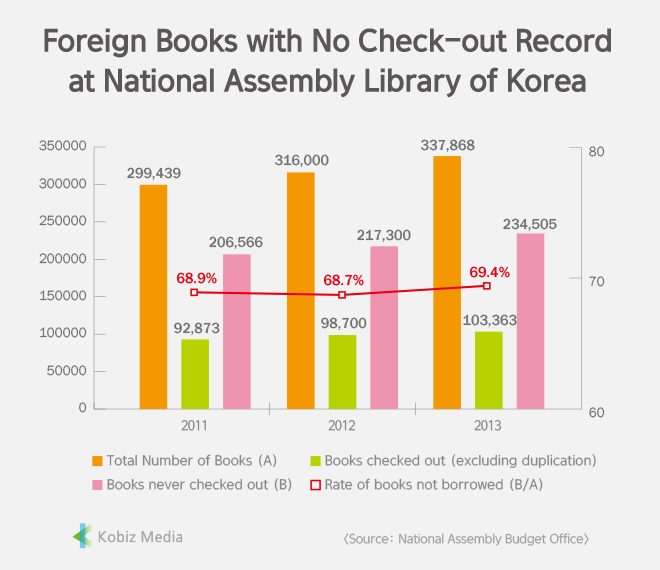 Among the foreign books held by the National Assembly Library, approximately 70 percent have not been checked out. As a public library run by taxpayers’ money, it must figure out ways to maximize usage by conducting surveys and studies on customer demand.