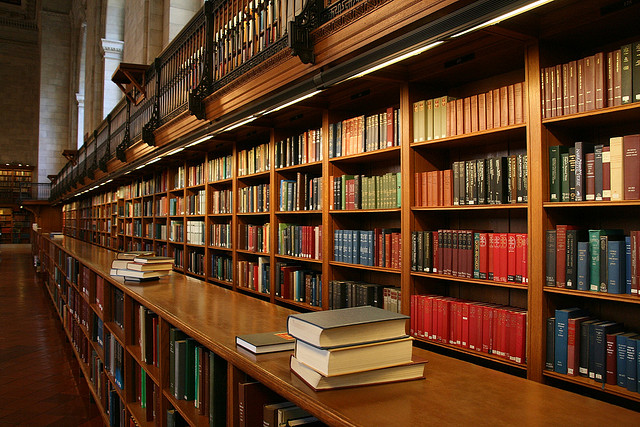 SEOUL, July 8 (Korea Bizwire) – Among the foreign books held by the National Assembly Library, approximately 70 percent have not been checked out. As a public library run by taxpayers’ money, it must figure out ways to maximize usage by conducting surveys and studies on customer demand.

However, comparing with the money spent more than 1,500 million won annually, it turned out that the check-out results were far below the expectations. On a cumulative basis, when comparing the total number of foreign books and that of foreign books which were never checked out, the rate of books not borrowed in 2011 recorded 68.9 percent with 206,566 not-checked-out books among total 299,439.

An official at the budget office said, “In spite of the fact that the library is run as an open-access library where people can freely read the books on the shelves and reading the books in the library was not counted, the utilization of foreign books is not so high.”

“For the selection and purchase of foreign books, we need to consider not only for possession value but for various factors. We will prepare various measures to raise the utilization of the foreign books by conducting surveys on book demand in the process of recommendation and selection on foreign books.” 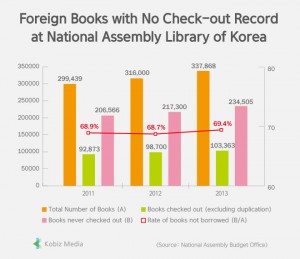 Meanwhile, the National Assembly Library spent 4,817 million won in purchasing books and other materials last year. As of June 30 this year, the library possesses around 3.72 million books and 1.05 million e-books, and 423,966 audio and video materials.