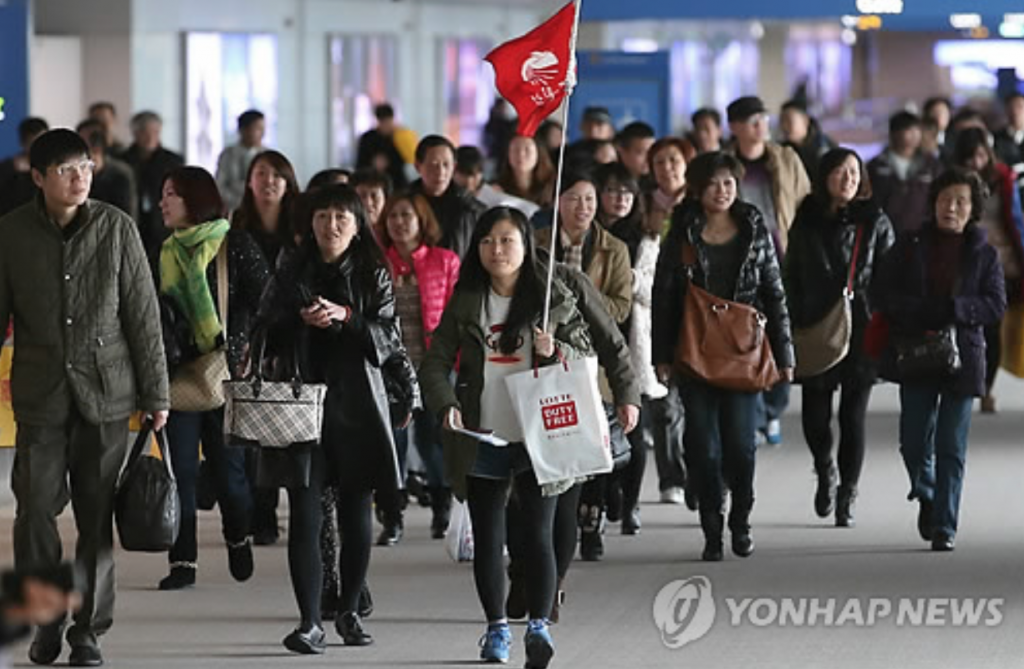 “We’ve had multiple Chinese companies and organizations cancelling their visits to Korea following the THAAD deployment decision,” said a Korea-China event agency. “We think they’re watching out for their government, which disapproved of the decision.” (image: Yonhap)

SEOUL, Aug. 11 (Korea Bizwire) – China may make the official claim that it will not take retaliatory measures against Korea for the recent decision to deploy a THAAD battery in Seongju, but those working in the local tourism industry agree that change is in the air.

According to tourism industry officials, the number of Chinese tourists decreased in the month following the Korean government’s THAAD decision.

Group tour cancellations have been numerous in the weeks following the decision. According to a charter bus company operator in Seoul, bus rentals decreased by almost 40 percent, indicating that groups of tourists, namely Chinese, were quick to cancel their trips to Korea.

The number of Chinese tourists visiting Korea’s national security sights, the Dorasan Observatory and the Third Tunnel of Aggression, also decreased by almost 20 percent, from 16,246 in June to 13,195 in July.

Korea-China events in Incheon were either cancelled, or suffered poor outcomes.

Only 37 Chinese participated in the Taekwondo cultural exchange event at Namgu District Office on August 2 instead of the expected 200, while another 100 cancelled a planned visit to a dance cultural exchange at Yonghyun Girls’ Middle School. Only about 50 were present at the dance event.

A cheongsam fashion show and a martial arts exchange festival, planned for September and October respectively, were also postponed indefinitely following sudden notice from Chinese participants. Some 2,200 Chinese were expected to attend the events.

“We’ve had multiple Chinese companies and organizations cancelling their visits to Korea following the THAAD deployment decision,” said a Korea-China event agency. “We think they’re watching out for their government, which disapproved of the decision.”

Similar patterns have been seen in numerous South Korean cities.

Chinese broadcast companies that were supposed to film in Busan cancelled their trips at the last minute, while the city of Qingdao called off its participation in Daegu’s Chicken and Beer Festival on July 27. Two city officials, 16 performers, and 300 tourists were expected to visit the event.

Tourism agencies in South Chungcheong Province report that they’re having difficulty recruiting Chinese tourists for the Golden Week three-day holiday, which begins on October 1 in China, a process that should have been completed by now.

“We’ve welcomed an increasing number of Chinese tourists in recent years with improving Korea-China relations,” said Choo Shin-gang, president of the Asia Inbound Tourism Association. “But the recent THAAD battery deployment decision has badly damaged the industry, and we expect to continue having difficulty attracting Chinese tourists for quite some time.”

The rest of the industry is closely monitoring the latest events and trends, with many anxious that business with Chinese partners will also be affected.

“If the current conflict over the THAAD battery deployment continues to deteriorate, Korean travel and tourism restrictions will be imposed first, followed by trade sanctions,” said a tourism industry official.

Korea’s tourism industry is heavily dependent on Chinese tourists, with 5.98 million Chinese visiting South Korea in 2015, a number that has grown by an average of 40.6 percent since 2012. At this rate, by 2020 the combined spending of Chinese tourists in Korea will reach $50 billion annually, approximately 5.7 percent of South Korea’s total household spending.