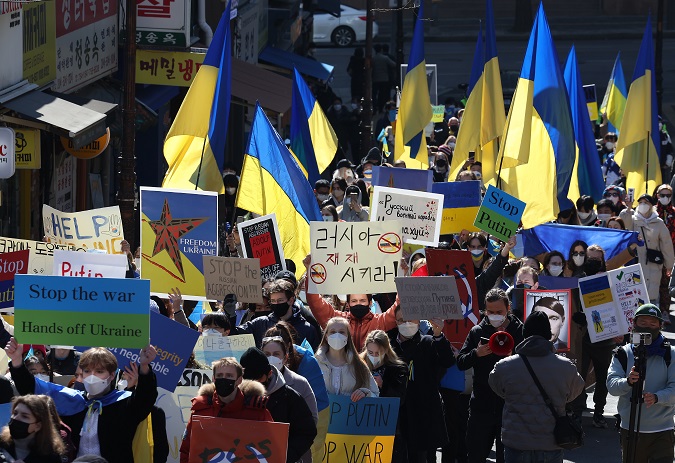 The measure will apply to 3,843 registered Ukrainian nationals, and if they wish to remain in South Korea after the expiration of their stay, the government will issue them temporary stay permits and allow them to get jobs, the ministry said.

The government will also allow those whose stay period has already expired to leave the country after the situation stabilizes, the ministry said.

South Korea also airlifted more than 390 Afghan co-workers and their family members in August last year under a military mission, as the evacuees faced possible Taliban retaliation for having supported foreign operations.

On Sunday, around 300 Ukrainians in South Korea and local supporters held a protest against Russia’s invasion in front of the Russian Embassy in Seoul. The Ukrainian community here plans to stage a rally every week until Moscow stops its military actions.