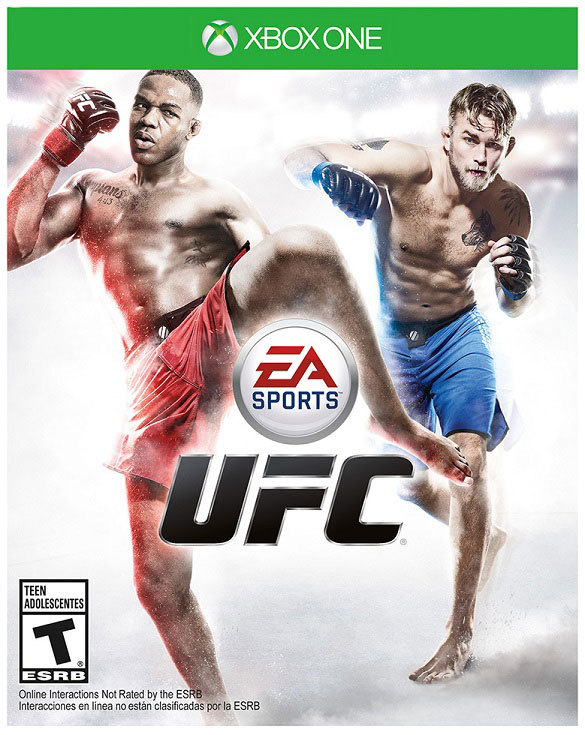 REDWOOD CITY, Calif., June 17, 2014 (Korea Bizwire)–Electronic Arts Inc. (EA) today announced that EA SPORTS™ UFC®  is now available at retail stores throughout North America and will be  in stores June 20 in Europe for Xbox One, the all-in-one games and  entertainment system from Microsoft and PlayStation® 4  computer entertainment system. Heralded by USA Today as a “must buy” and  credited for “setting the standard for next generation fighting games”  by Sports Illustrated, EA SPORTS UFC is built from the ground up  exclusively for the new consoles and captures the human athleticism,  physiology and emotion of the athlete like nothing before it. To make  sure the game stays connected to the sport, post-launch, players will  receive free roster updates, which includes the addition of new and  upcoming fighters.

EA SPORTS UFC re-writes history by making Bruce Lee, the “Father  of Mixed Martial Arts,” an unlockable fighter in the game. When fans  beat career mode on pro difficulty or higher, they will unlock the  legend and can test his legacy against the best of the best in the UFC  across four different weight classes.

“The UFC is the first new major sports league partnership for EA SPORTS  in over a decade and from day one, our team was committed to creating  the first next generation sports game,” Dean Richards, General Manager, EA  SPORTS UFC. “We aimed to capture almost every detail of the sport,  from the way the fighters look to how they move to how they fight in the  Octagon. I couldn’t be more proud of the final product and can’t wait  for our fans to get their hands on it.”

“It was a huge day for the UFC and for fight fans when we signed our  partnership with Electronic Arts two years ago,” Dana White, President,  UFC. “Now people all around the world will be able to experience our  sport through a whole new generation of videogames. EA SPORTS UFC  looks incredible and we are extremely excited for people to see and play  the game.”

Powered by EA SPORTS IGNITE technology, EA SPORTS UFC brings to  life the action, emotion and intensity inside the Octagon®.  The next-generation of True Player Motion not only showcases the  diverse, powerful and fluid of attacks of elite mixed martial artists  through Precision Movement, Dynamic Striking and Strategic Submission  Battles, but also brings the combatants to life with Full Body  Deformation and Real-Time Exertion. The simulation of Human Intelligence  takes leaps forward with the strategic and adaptive MMAi system and is  expressed through the most realistic characters ever created in a sports  game.

EA SPORTS UFC is in development at EA Canada in Vancouver. The  game is rated T by the ESRB and PEGI 16; visit www.esrb.org  and www.pegi.info  for more information. Become a fan of EA SPORTS UFC on Facebook  at http://www.facebook.com/easportsufc  and follow us on Twitter via http://www.twitter.com/easportsufc.

About the Ultimate Fighting Championship®

Owned and operated by Zuffa, LLC, the Ultimate Fighting Championship®  (UFC®) is the premier mixed martial arts (MMA) organization  and largest pay-per-view event provider in the world. Headquartered in  Las Vegas with offices in London, Toronto, Beijing, Singapore and Sao  Paulo, the UFC produces more than 40 live events annually that have sold  out some of the biggest arenas and stadiums across the globe. UFC  programming is broadcast in over 145 countries to 800+ million TV  households worldwide in 28 different languages. The UFC has a multi-year  broadcast agreement with FOX in the U.S. which includes four live events  broadcast on the FOX network annually, The Ultimate Fighter®  reality television show and thousands of hours of programming on FOX  Sports 1 and FOX Sports 2. In 2014, UFC launched UFC  FIGHT PASS, a digital subscription service with exclusive live  events, thousands of fights on-demand and original content. UFC also  owns over 100 UFC GYM® locations, UFC.TV  (offering live event broadcasts and video on-demand around the world),  UFC FIT™ (an in-home fitness and nutrition program), UFC 360 (the  internationally distributed magazine), a videogame franchise with EA  SPORTS, best-selling DVDs and Blu-rays, UFC Fight Club®, UFC  Fan Expo®, Octagon™ branded apparel and Topps Trading  Cards. For more information, visit www.UFC.com  and follow UFC at www.Facebook.com/UFC  and Twitter: @UFC.

EA SPORTS, SSX, The Sims, Dragon Age, Plants vs. Zombies and Battlefield  are trademarks of Electronic Arts Inc. and its subsidiaries. John  Madden, NFL, NBA, NHL, PGA TOUR, UFC and FIFA are the property of their  respective owners and used with permission.