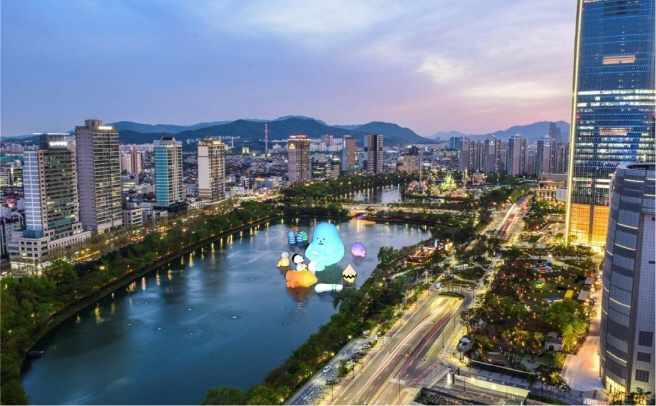 The Lotte Foundation for Arts, Lotte World Tower, and Songpa District Office will work with Sticky Monster Lab, a South Korean group of artists, to start the Lunar Project in commemoration of the 50th anniversary of man’s first landing on the moon on Thursday at Seokchon Lake.

The project will decorate the lake with large-scale Snoopy balloons that represent space monsters that came down to visit Earth.

The command module and lunar lander for Apollo 10, which journeyed to the moon in May 1969, were named Charlie Brown and Snoopy.

The Snoopy balloons have been made from recycled plastic fiber jointly by Lotte Chemical Co. and the Korea Textile Development Institute. 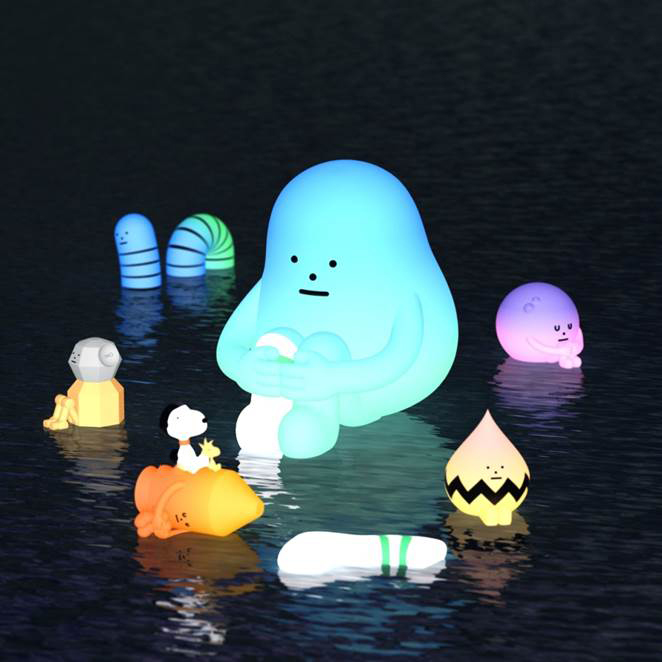