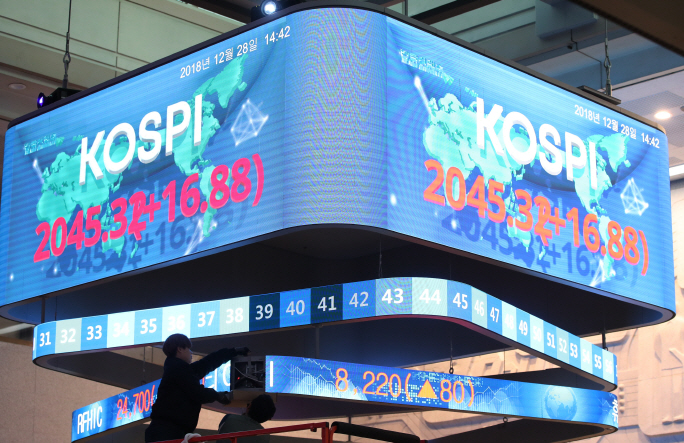 The tax cut is expected to boost arbitrage trade, a trading tactic that earns profit from price differences between markets, by institutional investors. (image: Yonhap)

SEOUL, May 29 (Korea Bizwire) — South Korea’s bourse operator said Wednesday that a tax cut for stock trading will come into effect later this week, with analysts expecting the reduction to revitalize stock transactions, although there may be no sharp rise in trading volume in the long term.

South Korea reintroduced the tax scheme in 1978, after having abolished it in 1971, following its initial adoption in 1963.

The transaction tax is imposed regardless of whether an investor logs a profit or loss, which has angered investors who suffered heavy losses last year amid sluggish stock markets.

If history is any guide, Thursday’s cut will increase trading volume.

According to data from the bourse operator, the average daily turnover of the KOSPI market rose to 645 billion won (US$540 million) in the first three months after the 1995 cut, compared with 326 billion won in the final three months before the cut.

However, the average daily trading volume fell to 421 billion won between October 1995 and March 1996.

Won Jae-woong, a researcher at NH Investment & Securities, said, “From a long-term point of view, trading volume is moved by market conditions, rather than tax rates for stock transactions.”

The tax cut is expected to boost arbitrage trade, a trading tactic that earns profit from price differences between markets, by institutional investors.

Song Seung-yeon, an analyst at Korea Investment & Securities, said transactions of large-cap stocks on the KOSPI and KOSDAQ markets are likely to increase if arbitrage trade grows.