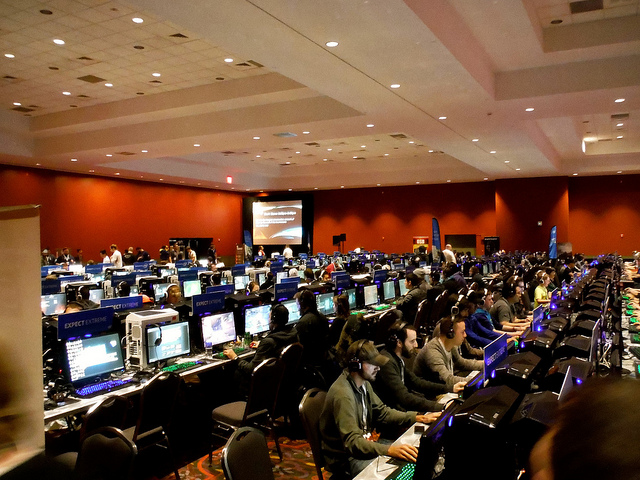 Known as the “forced shutdown system,” online game operators are currently prohibited from providing services to children under 16 from midnight to 6 a.m. (image: Eric Johnson/flickr)

SEOUL, May 6 (Korea Bizwire) — A strict regulation that bans nighttime online gaming for children has led to a 1.16 trillion won (US$1.07 billion) loss in the South Korean games industry, a report showed Wednesday.

Also known as the “forced shutdown system,” online game operators are currently prohibited from providing services to children under 16 from midnight to 6 a.m. For those under 18 years of age, parents have the option to request such a ban.

Since the regulation took effect in 2012 to reduce gaming addiction, the size of the country’s game industry shrank 141.9 billion won and 1.02 trillion won in 2013 and 2014, respectively, according to the report by the Korea Economic Research Institute (KERI).

Although the domestic game market had been expanding sharply at an annual average of 13.7 percent between 2007 and 2012, it later trended down contracting 0.3 percent on-year in 2013 and 1.8 percent in 2014, according to the report.

Exports also have declined, with the export growth rate falling by 1.4 percentage points to 1.5 percent in 2014 from a year earlier, the report showed. In comparison, exports grew by more than 15 times between 2003 and 2012.

“It is true that the shutdown system is efficient in solving game addiction issues for children,” said Lee Deok-joo, a professor at Kyunghee University who took part in the latest KERI report.

“However, it is necessary to review ways to improve the current regulation considering… its adverse effects on the game industry.”