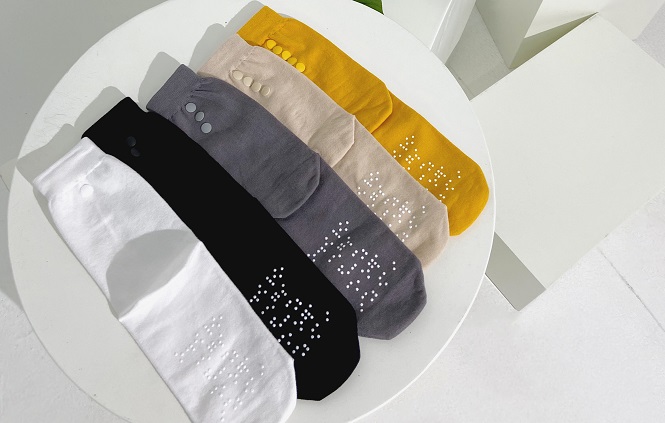 This photo provided by Gachon University shows a pair of socks designed for visually impaired people.

The innovative sock has been selling well, proving its commercial value.

Gachon University’s student venture club ‘re;sight’ developed a sock that can be ‘seen’ through one’s fingertips.

The sock has been designed for visually impaired people, with its color being distinguished depending on the number of snap buttons on the upper part of the sock.

At the beginning, the student venture team reviewed the idea of using braille but finally decided to use snap buttons considering the difficulty in attaching braille to the sock and the low level of Braille literacy rate.

The re;sight team originally planned to develop a cloth for visually-impaired people.

But, after hearing the story of a visually-impaired person who purchased 30 pairs of white socks to avoid the embarrassment of wearing mismatched socks, the team changed its mind and decided to develop a sock instead.