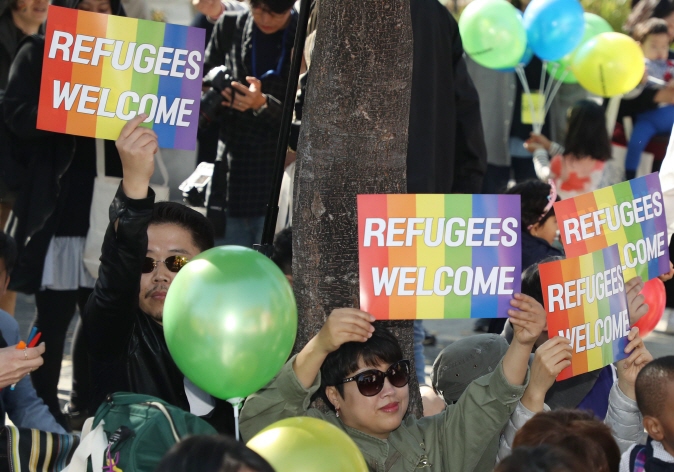 Park Bok-yeong, a professor at Kyunghee University’s Graduate School of International Studies, claimed that despite the short-term financial risk that comes with an inflow of refugees, the costs of managing refugees who have settled in a country are in fact minimal.

Other member states have been estimated to use from 0.1 percent to 0.6 percent of GDP to accept refugees. Park argued that the positive role of refugees in economic growth outweighs short-term financial costs.

“The recent inflow of refugees led to 0.1 percent to 0.2 percent additional economic growth in the EU,” said Park.

“In the case of Germany, accepting the most number of refugees among all EU states has led to 0.4 percent to 0.8 percent additional growth in the economy.”

“Accepting refugees, in the long term, will help the economy,” said Park.