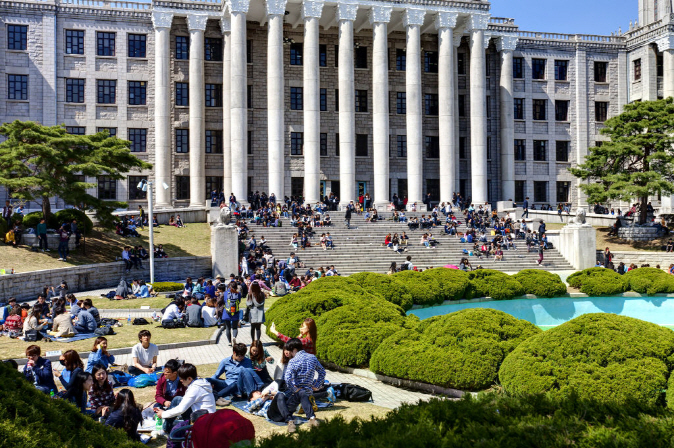 80 percent of students enrolled in the 2019 school year picked “academics” as the most important thing in their freshman year of college. (image: Korea Bizwire)

SEOUL, Dec. 17 (Korea Bizwire) — Students who started their undergraduate degree in 1999 consist mainly of those born in the 1980s. while undergrads who started university in 2019 were born in 2000s.

How different are the views of college life between these two generations?

As a result, 80 percent of students enrolled in the 2019 school year picked “academics” as the most important thing in their freshman year of college.

The results contrasted with the fact that students in 1999 thought that “human relationships with peers and seniors” were the priority, which accounted for 66.7 percent.

Twenty years have also made a huge difference in the perception of human relationships in college.

The so-called “Eating alone” ratio, where students eat alone, is also higher now than in the past. While 6.7 percent of students in class of 1999 ate alone, the ratio increased to 11.3 percent in the class of 2019.

Kim Young-ki, a senior researcher who led the survey, said that the results were “a combination of social demands that require students to pour all of their efforts into studying and preparing for getting a job from the beginning of college, and the ‘being alone’ culture spread in line with fatigue over unnecessary human relationships.”

Some research shows that the possibility of “success based on effort” is viewed as more skeptical by the generation who recently entered college.

According to a recent survey conducted by the Korea Research Institute for Vocational Education and Training, only 29.6 percent of respondents who were born in 1999 (mainly in the class of 2018) answered positively when asked if they thought anyone could succeed if they tried hard.

Some 51.2 percent said the most important factor in succeeding in society was “self-effort,” down sharply from 71.5 percent, according to a survey conducted in 2006.