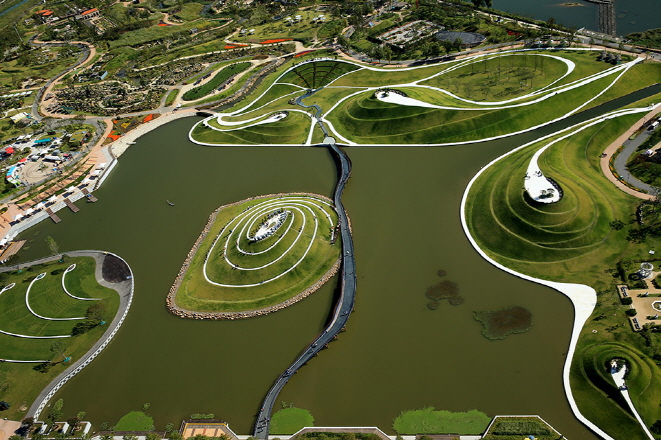 Since hosting the Suncheon Bay Garden Expo in 2013, the South Jeolla Province city, 415 kilometers south of Seoul, has annually held various seasonal festivals at the national garden, which forms a UNESCO biosphere reserve together with the Suncheon Bay Wetland Reserve and Suncheon Bay Ecological Park.

A water lighting show will be held in the garden’s lake at 8, 8:30 and 9 p.m. every day, with fountains and music cooling off the summer heat, they said.

From Aug. 2-4, a combination of DJ shows and a chicken-beer festival will be held, they said, noting family tourists will also be invited to enjoy a water gun competition, as well as K-pop song and dance events.

Three outdoor swimming pools will be operated for children, while water and art gardens will also captivate visitors, the officials said.