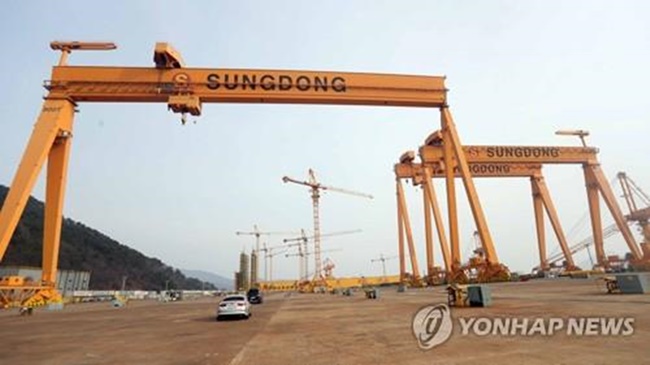 Shin Sung-hoon, spokesman of the Changwon District Court, said Deloitte Anjin LLC, an auditing company, will carry out due diligence on Sungdong Shipbuilding & Marine Engineering Co. to determine the company’s value of liquidation and its going concern value.

“We will decide whether to continue the court receivership or liquidate the company after reviewing a report by Deloitte Anjin,” Shin said by phone from the industrial city of Changwon, about 400 kilometers southeast of Seoul.

The court decision came more than a month after the Export-Import Bank of Korea, the main creditor bank of Sungdong Shipbuilding, warned that the Tongyeong-based yard could face bankruptcy during the second quarter following a severe credit crunch.

“Given its current financial status, any fresh injection of funds into the company will be irrecoverable due to its deteriorating competitiveness,” Eun Sung-soo, chairman and president of Korea Eximbank, said at a news conference last month.

EY Han Young accounting-consulting firm has said Sungdong may be able to survive if the company cuts 40 percent of its workforce and creditors are persuaded to inject fresh funds.

Under the creditor-led restructuring that began in April 2010, a total of 2.7 trillion won (US$2.5 billion) was poured into the shipbuilder, resulting in no tangible results. It won only five ships in 2017, sharply down from 43 in 2013, amid a slump in oil prices and a slowing global economy.