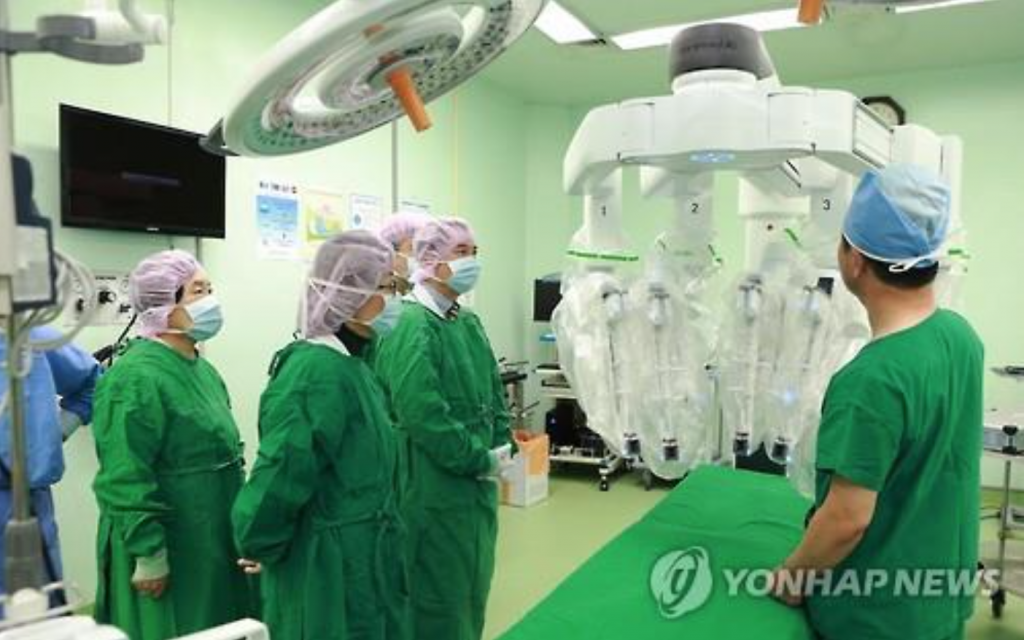 Noticeably, surgical robots are most helpful for doctors performing surgeries on malignant tumors in areas such as the liver, which require precise technology, they said.

Robotic surgery is the most advanced development in minimally invasive surgery, though the number of reports on robot-assisted surgery for pancreaticoduodenectomy — a major operation to remove tumors in or around the pancreas or in the bile duct — is still very small.

“This kind of surgery method is mostly conducted through laparotomy (incision in the abdomen) as it is a very difficult procedure,” said Park Min-soo of Kyunghee University Hospital. “However, there are a growing number of surgeons performing robotic procedures.”

The doctors agreed that robotic surgery is still very costly for patients.

Robot-assisted surgery for thyroid cancer is up to five times more expensive than the conventional method which is covered by national health insurance.

“Robotic surgery leaves almost no scar and provides a wider view for doctors during the surgery,” said Park. “However, the cost of surgery still can be very burdensome to the patients. Thus, it is right for them to decide after consulting with the medical staff.”