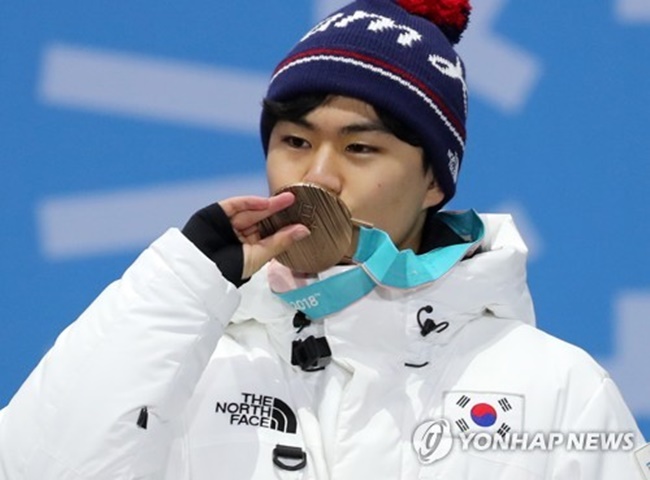 PYEONGCHANG, South Korea, Feb. 15 (Korea Bizwire) – South Korea’s surprise bronze medalist Kim Min-seok said Wednesday that his medal in men’s 1,500 meter speed skating at the PyeongChang Olympics shows it is possible for Asians to win in that distance, which had been dominated by European skaters.

“I couldn’t believe I won the medal until this morning. But now I can feel it as I receive this medal here,” the teenage skater said after the medal presenting ceremony. “I want to send the message that Asians can do it.”

Kim became a sensation in South Korea after coming in third in the men’s 1,500m race on Tuesday, following the Netherlands’ Kjeld Nuis and Patrick Roest. He was only 0.07 second short of winning silver, and 0.92 second behind the champion.

The 18-year old is the first Asian skater to make a podium finish in the men’s 1,500m distance in the Winter Olympics, since the inaugural Games in 1924. The mid-range distance race had been dominated by European powerhouses like the Netherlands and Norway.

Now he is eying another medal at the upcoming team pursuit competition, along with his teammates Lee Seung-hoon and Chung Jae-won. South Korea won silver in the three-man race at the 2014 Olympics in Sochi.

The team pursuit race is slated for Sunday and Wednesday in the Gangneung Oval.