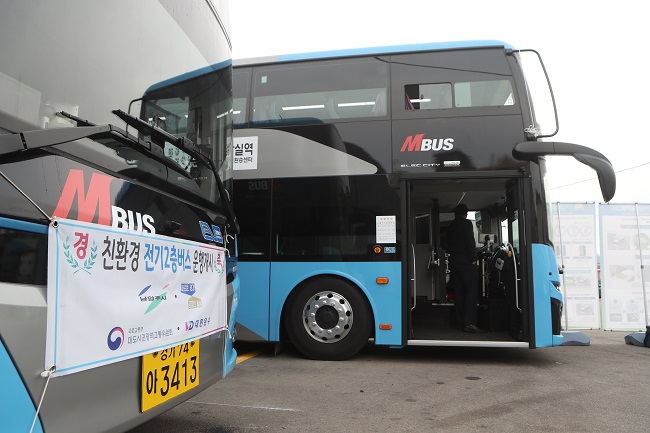 The Ministry of Land, Infrastructure and Transport announced that seven low-floored double-decker electric buses began operation in Suwon on Monday. 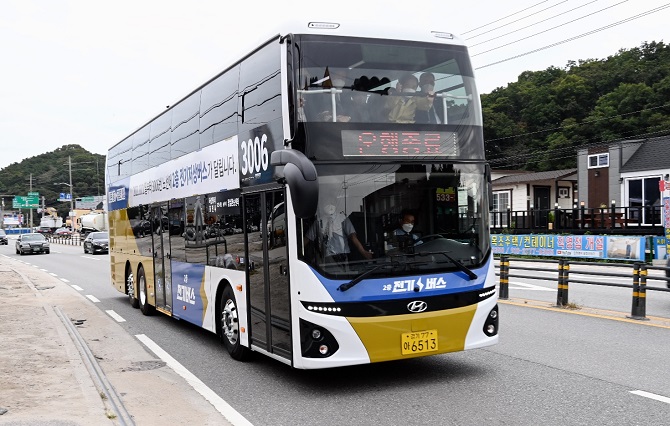 The double-decker buses were co-developed by the government and Hyundai Motor Co. They emit 90 tons less greenhouse gas each year than other buses.

Each bus comes with 70 seats, which is 60 percent more than other buses. The buses have a low floor to ensure that vulnerable groups like the disabled can access them.