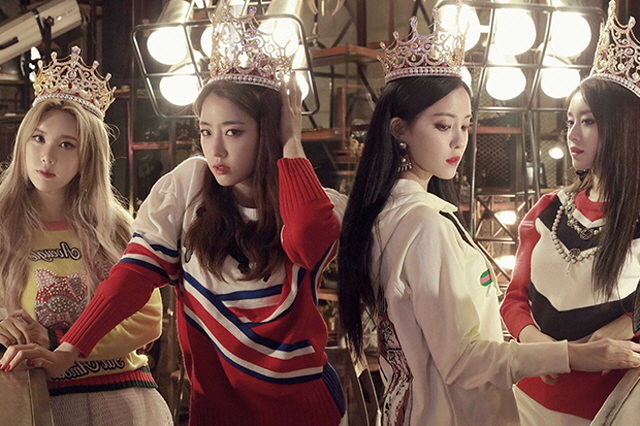 T-ara has submitted to the Korea Intellectual Property Office an official document countering MBK Entertainment’s claim to the right to the group’s Korean and English names.

It was revealed recently that the agency applied for the trademark right on Dec. 28, three days before the four members — Jiyeon, Hyomin, Eunjung and Qri — parted ways with the company, and without prior consultation with them.

MBK’s trademark application, if accepted, will ban members who left the company from exercising the trademark to the name for at least 10 years. In that case, they will be forced to find a new group name as former BEAST and TVXQ members did.

“We’re going to formally file an objection once again if the application is accepted,” Jang Cheon, who legally represents the four women, said.

When reached by phone, an MBK official declined to comment on the group’s recent measure but said, “(The dispute) will be settled within the boundary of the law.”

T-ara initially started out with six members but later went through several lineup changes amid departures and allegations of an internal bullying incident.