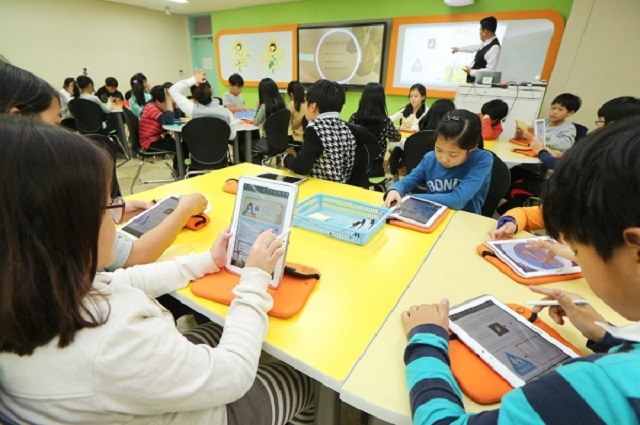 Students use tablets during class at an elementary school in Seoul. (Yonhap)

SEOUL, May 26 (Korea Bizwire) — The tablet PCs that were used for a national census last year will be reused in South Korean schools.

The Ministry of Education announced on Tuesday that in collaboration with Statistics Korea, it will distribute 11,250 tablet computers that were used for a population census last year to 38 national elementary, middle and special schools.

The ministry said that despite the devices being used for the census, they are still in good condition since they were used only once.

Statistics Korea will be in charge of verifying the condition of the devices, initializing the software and repackaging them, while the education ministry will take responsibility for the distribution work after confirming the volume of distribution for each school through a demand survey.

The distributed tablet PCs will be used for remote classes and software education.