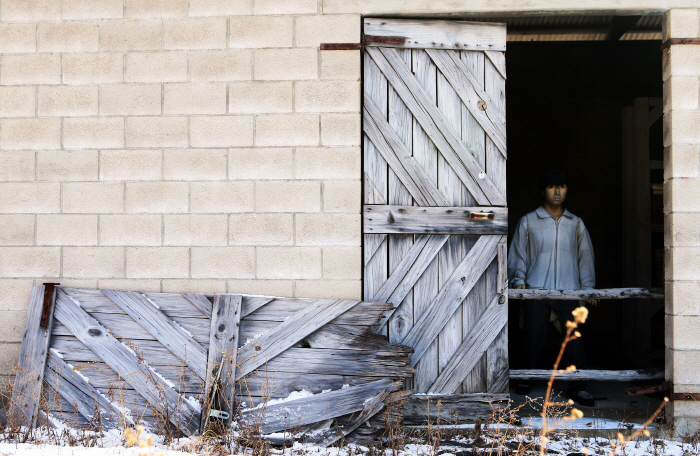 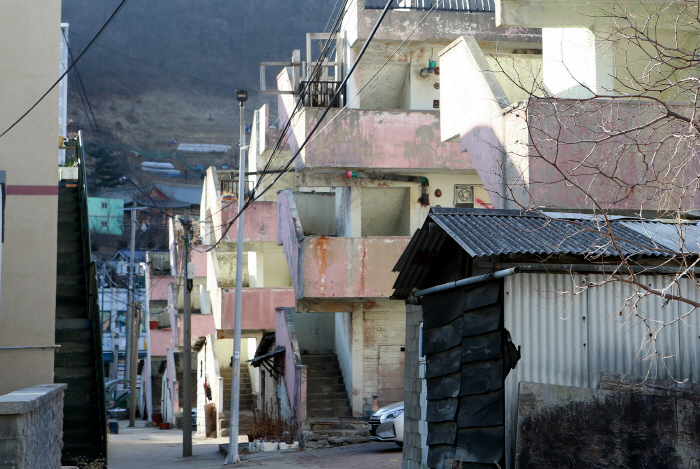 TAEBAEK, Mar. 14 (Korea Bizwire) — Jangseong-dong in Taebaek, Gangwon Province, once a bustling mining town now left abandoned, is returning as a testbed for urban regeneration. Various regeneration projects are being prepared at the old town to revive the local economy that once depended on the coal industry. Taebaek city officials flew out of [...] 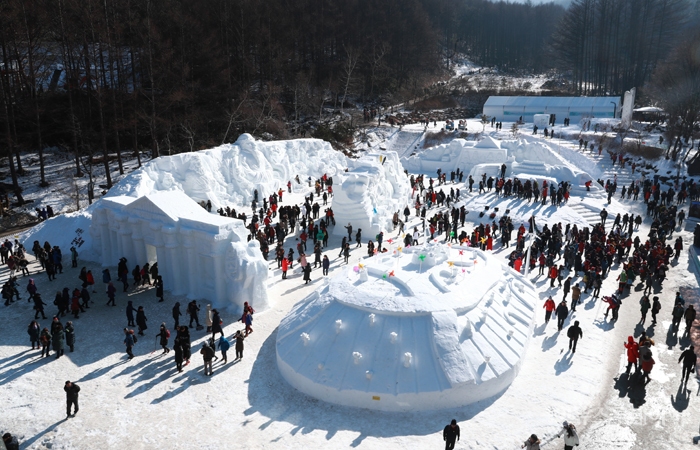 No Snow, No Problem for Mt. Taebaek Snow Festival

TAEBAEK, Feb. 4 (Korea Bizwire) — The 26th Mount Taebaek Snow Festival has been a surprising success despite a dry winter with little precipitation. The festival’s organizing committee announced on Saturday that more than 600,000 people had visited the festival as of last Friday. The festival attracted 200,000 visitors by January 20, reaching as many [...] 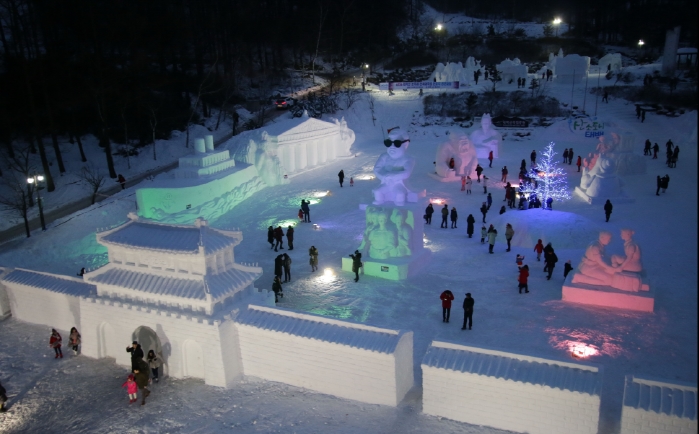 TAEBAEK, Jan. 8 (Korea Bizwire) — The city of Taebaek in Gangwon Province, also known as ‘Winter City,’ proudly holds a snow festival every year. This year marks the 26th iteration of the event, and the city is planning to exhibit ice sculptures of 12 great figures from mythology. There will be six ice sculptures [...] 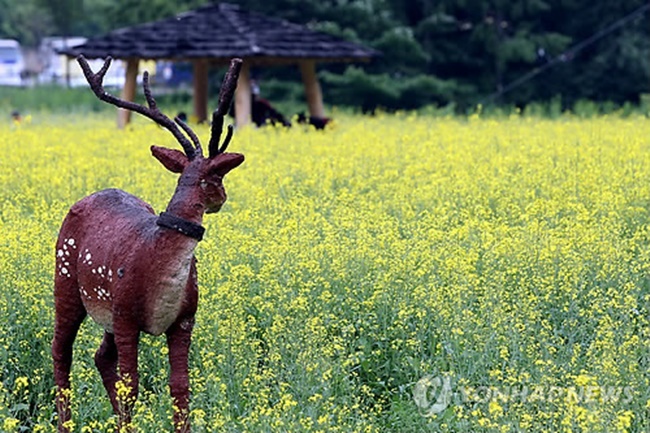 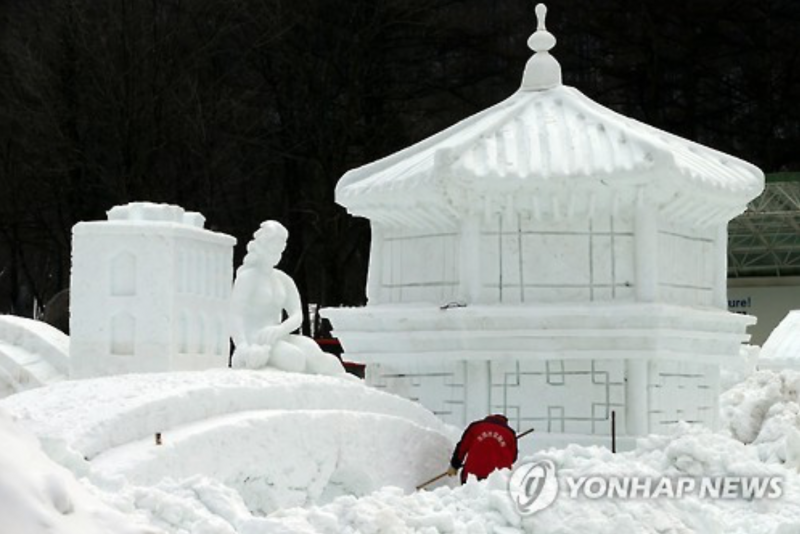 TAEBAEK, South Korea, Jan. 12 (Korea Bizwire) – The 24th Taebaek Snow Festival is set to kick off on Friday at Taebaeksan (Mount Taebaek) National Park. Although the area has seen less snow than usual in recent years, the park is most famous during the snowy season, welcoming half of its annual visitors during the [...] 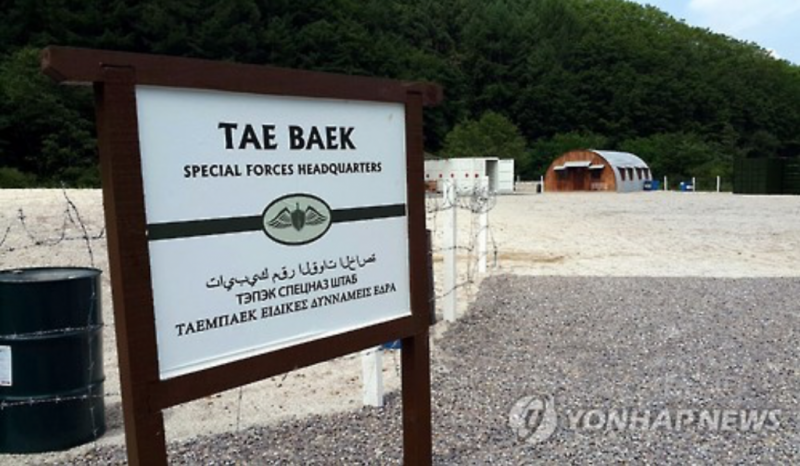 ‘Descendants of the Sun’ Filming Site Bustling with Visitors

TAEBAEK, South Korea, Aug. 30 (Korea Bizwire) – Taebaek city has seen a dramatic increase in tourists since the official opening of a filming site of “Descendants of the Sun,” city officials said Monday.  Tourists have visited the remote city in Gangwon Province to check out the filming site of KBS 2TV’s sensationally popular series [...] 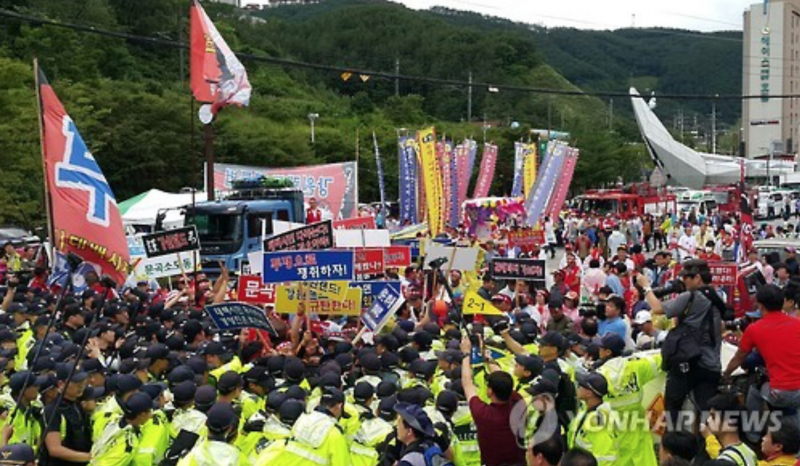 Protesters in Taebaek Cry for the Right to Survive

SEOUL, July 15 (Korea Bizwire) – “This is a city that was built on our sacrifices, and we won’t let poverty become the legacy for our children,” cried 53-year-old Bae Jeong-deok, reading a letter to the South Korean president during a protest held in Taebaek on Thursday.  Taebaek is a city in Gangwon Province on [...] 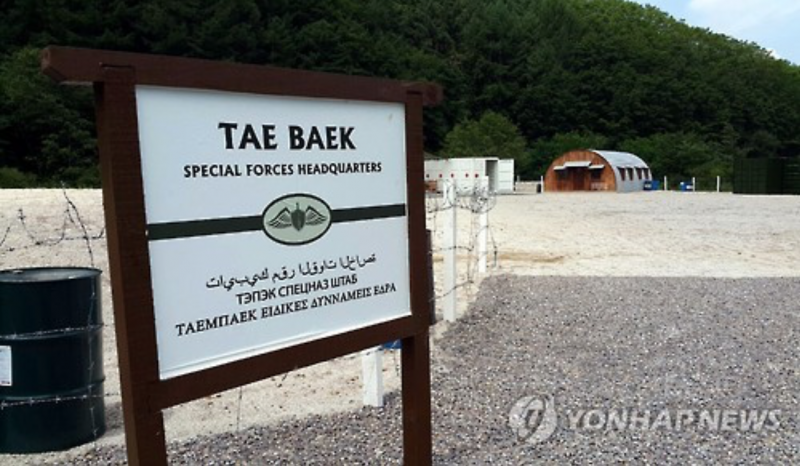 Filming Site for ‘Descendants of the Sun’ to Open in July

TAEBAEK, South Korea, July 13 (Korea Bizwire) – Descendants of the Sun, featuring actor Song Joong-ki and actress Song Hye-kyo, was by far the biggest K-drama hit in 2016. The series, which aired from February 24 to April 22 in Korea, recorded an average audience share of 30.09 percent, and has been exported to 32 [...]

‘Descendants of the Sun’ Creates New Tourism Hotspot in Taebaek

TAEBAEK, March 23 (Korea Bizwire) – The city of Taebaek is rising as a new tourist hotspot after it was revealed as one of the locations featured in the hit Korean drama ‘Descendants of the Sun’. According to city officials, many curious Koreans and travel agencies have been inquiring about travel to the region. The ‘Descendants [...]