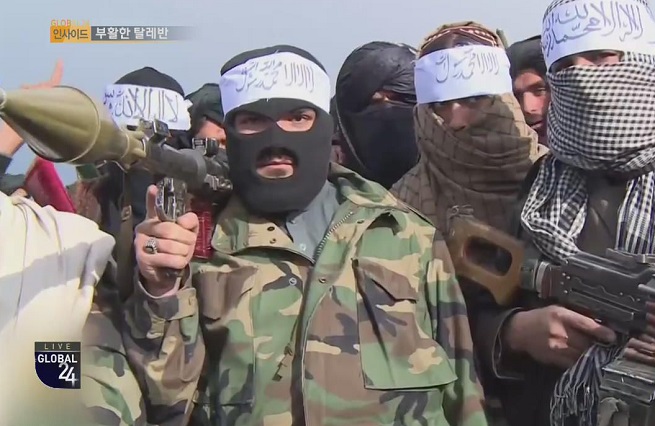 SEOUL, Aug. 19 (Korea Bizwire) — A shocking image of a Taliban fighter in Afghanistan wearing an old South Korean military uniform as the Taliban militant group regained control of Kabul is rattling the country.

The field jackets they wore still had the rank marks of an Army sergeant.

Some uniforms even had official emblems of South Korean military units. The name tags were also written in Korean.

Most of the Taliban troops wore these uniforms without taking off the rank or name tags.

In South Korea, these uniforms have been replaced by new combat suits, and it is unlikely that the uniforms would undermine U.S. operations.

The uniforms had been around for more than 25 years. Experts believe that a significant quantity of old military uniforms were sold in the private sector.

Most of old military uniforms are either thrown away or sold online after South Korean men complete their reserve training.

Military authorities believe that most of the old uniforms went overseas, some of which ended up in the hands of the Taliban forces.

The problem of South Korean military uniforms turning up in unexpected places has been a constant controversy.

Last January, some North Korean soldiers were seen during a military parade wearing a military uniform that was identical to the design of the new South Korean combat suit.