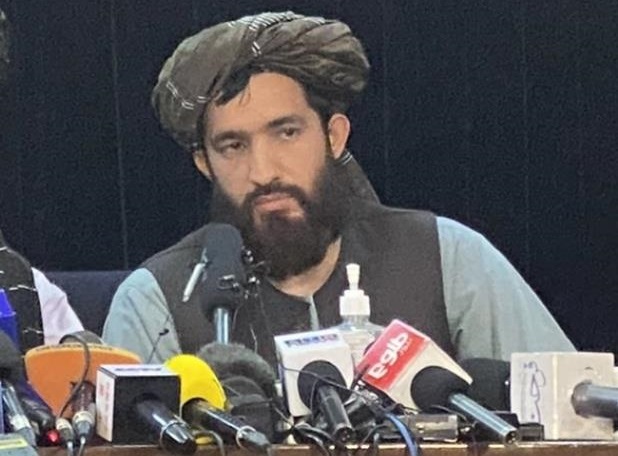 Abdul Qahar Balkhi, an official of the group’s Cultural Commission, attends a press conference in this photo provided by him.

NEW DELHI/SEOUL, Aug. 23 (Korea Bizwire) – The Taliban wants South Korea to recognize it as a “legitimate” government of Afghanistan and hopes to strengthen economic cooperation and other exchanges between the two countries, a Taliban spokesman said Monday.

Abdul Qahar Balkhi, a member of the Taliban’s Cultural Commission, made the remarks in an exclusive interview with Yonhap News Agency, calling for Seoul to maintain “cordial” ties with the country “replete with untapped mineral resources.”

It marked the first interview a Taliban official has held with a South Korean media outlet since the Islamist movement took over Afghanistan as the United States withdrew troops from the war-torn nation.

Balkhi’s remarks came amid speculation that the Taliban group would seek diplomatic recognition from the international community and outside economic support to help rebuild the country as Washington plans to complete its troop withdrawal to end 20 years of war later this month.

“We hope not only to be recognized by Korea but the entire world at large as the legitimate representative government of the people of Afghanistan, who have gained their right of self-determination from a foreign occupation,” Balkhi said in the interview conducted via text messages.

Balkhi said it is the official position of the Islamic Emirate of Afghanistan, the same name the Taliban used when it ruled the country in the 1990s.

The official, in particular, expressed hope for the Taliban’s economic engagement with Korea.

“Afghanistan is replete with untapped mineral resources … Korea as a leading world manufacturer of electronics can work with our country based on mutual interests, where we can also serve as an economic corridor connecting South and Central Asian countries,” he said. 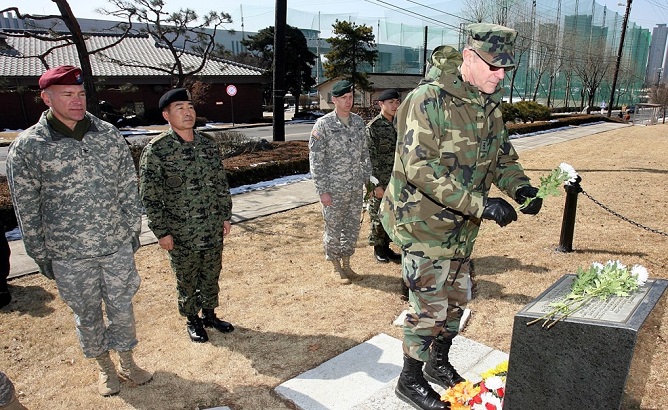 A U.S. soldier lays a flower on the monument honoring late Army Sgt. Yoon Jang-ho at the Yongsan Garrison in central Seoul on Feb. 27, 2008 in observance of the first anniversary of his death. Yoon was killed in February last year in a terrorist suicide bombing at the main gate of a U.S. base in Bagram, about 60 kilometers north of Kabul, the capital of Afghanistan. (Yonhap)

Asked whether Taliban leaders want to visit Seoul in the future for talks with politicians and businesspeople in Seoul, the official voiced hope for such engagement.

“Yes, we would absolutely like to meet with the leaders and businessmen of Korea and strengthen both economic and people-to-people relations between both peoples and countries,” he said.

Balkhi’s remarks came as Koreans still have potent memories of the fatal Taliban attack on a Korean solider in 2007 and of the slaying of the two of 23 Koreans kidnapped during a Korean church mission in Afghanistan in the same year.

But the official underscored the need to “look to the future.”

“Our country was occupied by foreign powers, and we were forced to defend our right to self-determination,” he said. “It is a matter of urgency that we look to the future and not live in the past.”

Commenting on Seoul’s principle to engage only with a country that sticks to human rights and universal international norms, Balkhi claimed that the Taliban has been “unequivocally clear” that it will “respect and protect the universal rights of all human beings within the framework of Islamic law.”

Touching on rising fears of possible Taliban retaliation for Afghans who have allied with the U.S. and its partners, the official reiterated that his group has granted “amnesty to all people.”

But he said, “We do not wish for them to leave but to contribute to the development of their own nation through their expertise. But if they wish to leave, it will be their own choice.”