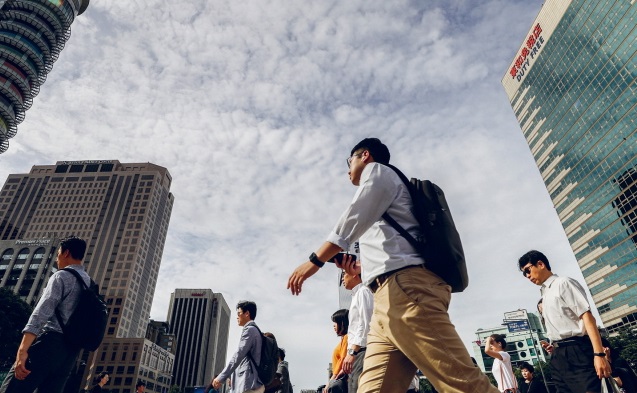 According to the survey on the proper degree of friendship with company colleagues, 62.3 percent of the respondents agreed that “appropriate friendship is to discuss workplace-related concerns.” (Yonhap)

SEOUL, Nov. 8 (Korea Bizwire) — A recent study has revealed that South Korean office workers judge a proper degree of friendship with their colleagues by how much they can discuss their work-related concerns.

According to a survey of 849 office workers by JobKorea, a job search portal, 62.4 percent said they could be friends with their co-workers.

Positive responses were lower for the 2030 generation, with 61.7 percent for workers willing to form a relationship with their co-workers, compared to those in their 40s or older, accounting for 66.4 percent.

According to the survey on the proper degree of friendship with company colleagues, 62.3 percent of the respondents agreed that “appropriate friendship is to discuss workplace-related concerns.”

Another 22.7 percent of the respondents said that “a relationship where personal concerns can be shared or close relationships formed where one can confide one’s innermost thoughts” was appropriate.

In particular, it was interesting to see that 1 out of 10 office workers said that it was appropriate for them not to talk to each other about their work.

Meanwhile, 7 out of 10 office workers, or 74 percent, said they have close colleagues at work. The closest colleagues were peers, accounting for 64.8 percent, followed by boss at 17.2 percent and juniors at 16.2 percent.

Many respondents said that they were close to their colleagues to a degree that they “could share concerns about the workplace”, accounting for 46.7 percent, and 33.9 percent said they “could express their personal concerns or thoughts”.

As for how they became friends, responses varied from 59.9 percent of workers who “formed a friendship naturally while working together,” to 40.9 percent citing “because they were the same age or same gender.”