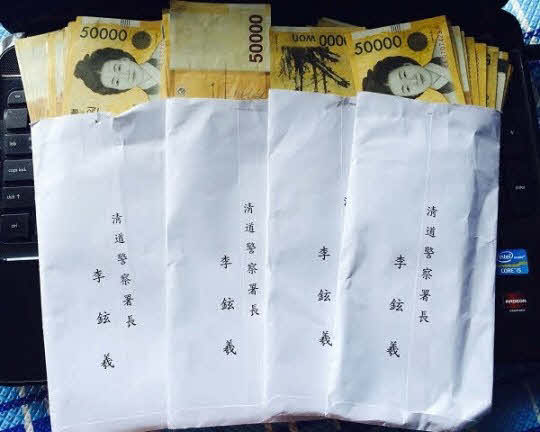 SEOUL, Sep. 13 (Korea Bizwire) – According to the Cheongdo Task Force Team for Preventing the Construction of Electricity Transmission Towers, a police officer tried to bribe six Cheongdo residents who have fought against transmission towers to be built for about two years with a sum of money in the envelop on which there was the name of the chief of Cheongdo police.

As the situation got serious, the Cheongdo Police said that the police officer just delivered the money from the Korea Electric Power Corporation, an operator to construct electricity transmission towers in Cheongdo.

“I heard that some residents are sick because they have long protested against the construction. So I just wanted to deliver the money on behalf of KEPCO to help Cheongdo residents,” said the chief.

As both KEPCO and the police are evading their responsibility for the black money, the source of the cash is still in question. KEPCO asserted that they had no idea where the money came from while the police proclaimed that they planned to carry out scrutiny.