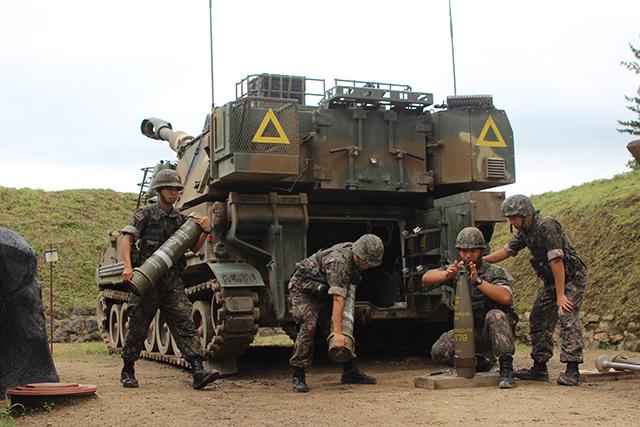 SEOUL, Jun. 14 (Korea Bizwire) — The Ulchi-Freedom Guardian (UFG) military exercises to be held jointly by U.S. and South Korean military forces in August are expected to be suspended while the U.S. and North Korea continue to hold talks, along with other ROK-U.S. joint exercises.

The decision has come after American President Donald Trump’s remarks calling for a halt to the exercises during the North Korea-U.S. summit held in Singapore earlier this week.

In response to Trump’s comments, an official at the Ministry of Defense said that the two nations are “cooperating closely” regarding the issue.

The official also said that Trump’s exact intentions behind the comments will be verified through U.S. Secretary of State Mike Pompeo currently visiting Korea.

“It would be difficult to go in the opposite direction suggested by Trump,” said the official, however, implying the possibility that the joint exercises be halted.

Blue House spokesperson Kim Eui-kyeom said in a briefing yesterday that it was important to know the exact meaning and intent behind President Trump’s comments.

“At the same time, there’s a need to find different ways to advance the talks on denuclearization,” said Kim.

Both South Korean and U.S. military officials are currently said to be discussing how to proceed with the UFG exercises scheduled for August.

One military official said that the exercises could be suspended or halted altogether in order to strengthen trust between North Korea and the U.S.

“The Korean government may just carry out a government exercise without the military presence,” said the source, who also hinted that even if military exercises were carried out, the nature of the exercises may change to training for emergency situations such as natural disasters, or something else of the sort.

Held for two weeks in August every year, the suspension of the UFG exercises would serve the purpose of trying to mitigate the current stance the U.S. has on North Korea.

The North Korean regime has repeatedly asked for the exercises to be halted, calling them an attempt at a “northern war attack.”