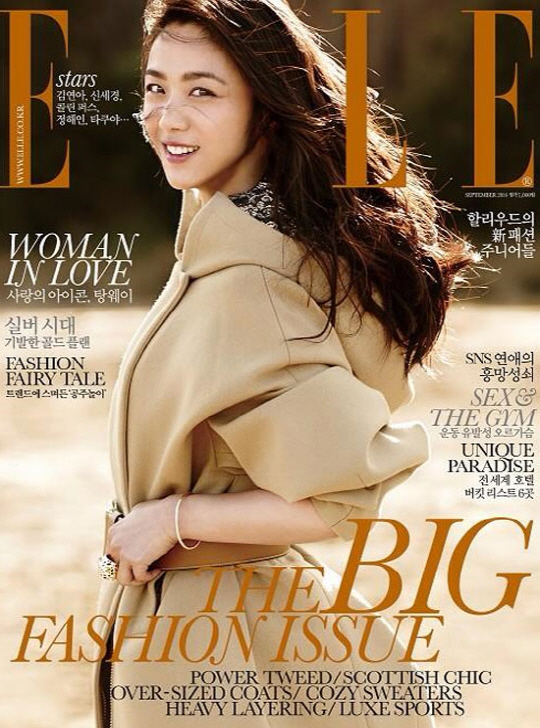 Elle Korea announced Tang Wei’s being the cover model for the magazine’s September issue — via their official Twitter — saying “Woman in love, made public for the first time.”

Tang Wei, 34-year-old Chinese movie star, has become the center of attention among celebrity gossip communities in and outside South Korea as the news broke that she is to tie the knot with Korean film director Kim Tae-yong this year.

Tang Wei is a photogenic actress but, she seems to be particularly happy on her photographic moment this time, with stream of comments saying that her smile appears all the more happier after her marriage announcement.

Earlier in July, Tang and director Kim issued a joint statement confirming their engagement, and they said that they would hold a wedding in the fall. But recently, there surfaced rumors that they had already married while vacationing in Sweden.