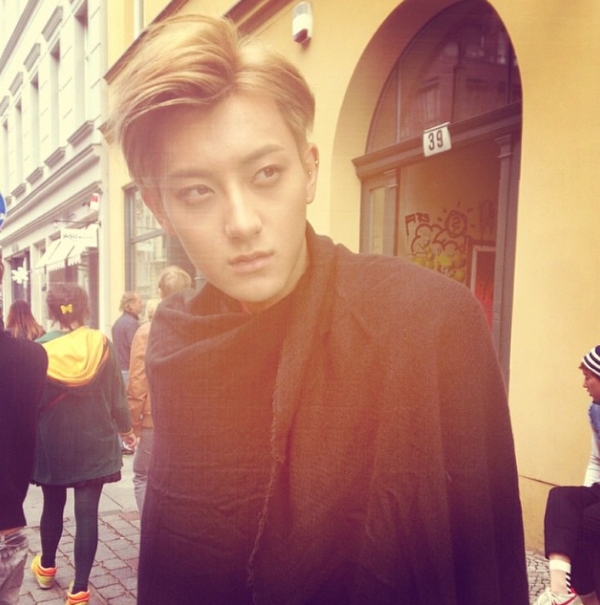 Tao has been staying in China since he sustained a leg injury while filming a South Korean TV entertainment program in January. (image: Instgarm)

SEOUL, Apr. 23 (Korea Bizwire) — The father of Tao, a Chinese member of the popular South Korean boy band EXO, has posted a letter on the Chinese social networking service Weibo, implicating the singer’s imminent exit from the team.

Rumor has it that following departures last year of two Chinese EXO members, Kris and Luhan, the team’s remaining Chinese members, Tao and Lay, may follow suit in pursuit of more freedom in the Chinese market.

Kris and Luhan left the 12-member group after they filed lawsuits in May and October to end their exclusive contracts with their management agency, S.M. Entertainment.

“I know that my decision can bring pain to a lot of people. I think it’ll probably be the same for my son,” the father said in his lengthy Weibo posting on Wednesday, without specifying the decision.

Unable to participate in the team’s various activities to promote its new album “Exodus,” Tao has been staying in China since he sustained a leg injury while filming a South Korean TV entertainment program in January.

His father said he had no other choice but to bring him back to his home country, China, for treatment.

“For parents, there’s nothing more important than a child’s health. The only thing we want for him is his health and peace.”

He, however, also showed his discontent with the management agency’s lack of support for his son as a singer in the posting.

S.M. has recently announced a plan to establish an organization called “Lay Workshop” in China to support his private activities as a singer in the country.

“The company has promised to set up a special team for managing Tao’s activities in China but ended up announcing a plan for the other member first.”

The agency, however, confirmed the dispute with Tao in its official response to the Weibo posting.

“We think it’s unfortunate for a letter like this to be posted in the process of discussing how to support Tao’s various activities in China with the singer and his father,” the agency said. “Nevertheless, we will continue to seek ways to settle the problem in a constructive way through dialogue with Tao’s father.”

Industry experts say the growing influence of the burgeoning Chinese market may be a reason behind the recent moves by Chinese members of K-pop idol groups.

They say the Chinese members who grew into Asianwide stars through South Korea’s unique system for training idol singers now may want a bigger market and more earnings in their home country than South Korea.

Debuting in 2012, EXO rose to fame in South Korea and China after its first full-length album titled “XOXO (Kisses & Hugs)” was released a year later. Its repackaged version sold more than 1 million copies in 2013, making EXO the first group to go platinum in 12 years in the South Korean pop music industry.’

One thought on “Tao May Leave EXO: Weibo Post”